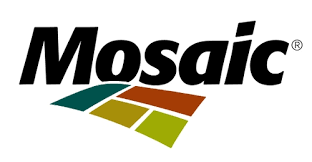 An investigation on behalf of current long-term investors in shares of Mosaic Co (NYSE:MOS) was announced over potential breaches of fiduciary duties by certain officers and directors at Mosaic Co.

Plymouth, MN based Mosaic Company is a producer and marketer of concentrated phosphate and potash crop nutrients. Shares of Mosaic Co (NYSE:MOS) traded in early 2011 as high as 88.32 per share and declined to as low as $29.61 per share on October 2, 2015.

Investors who purchased shares of Mosaic Co (NYSE:MOS) and currently hold any of those NYSE:MOS shares have certain options and should contact the Shareholders Foundation at mail@shareholdersfoundation.com or call +1(858) 779 – 1554.

The investigation by a law firm concerns whether certain Mosaic officers and directors breached their fiduciary duties and caused damage to the company and its shareholders.

Those who purchased Mosaic Co shares have certain options and should contact the Shareholders Foundation.