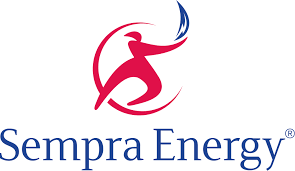 An investigation for investors in NYSE:SRE shares concerning potential breaches of fiduciary duties by certain directors of Sempra Energy was announced.

Investors who are current long term investors in Sempra Energy (NYSE:SRE) shares, have certain options and should contact the Shareholders Foundation at mail@shareholdersfoundation.com or call +1(858) 779 – 1554.

The plaintiff alleges that the Defendants made false and/or misleading statements and/or failed to disclose that: (i) SoCalGas lacked the capability to expeditiously repair gas leaks, causing a public hazard; (ii) an extended hazardous gas leak would constitute a serious threat to public health and safety; and (iii) as a result of the foregoing, Defendants’ public statements were materially false and misleading at all relevant times.

On October 23, 2015, Sempra Energy’s subsidiary Southern California Gas Company (“SoCalGas”) discovered a natural gas leak from a well at the Aliso Canyon facility near the Porter Ranch neighborhood in Los Angeles. After local residents reported symptoms including headaches, nausea, and severe nosebleeds, hundreds of families were relocated from the area as SoCalGas attempted to seal the well.
On November 23, 2015, displaced Porter Ranch residents filed a consumer lawsuit against SoCalGas, seeking damages and an order requiring SoCalGas to disclose information related to the health risks associated with the Porter Ranch Leak.

On December 12, 2015, the United States Environmental Protection Agency (“EPA”), the federal agency that oversees the vast majority of SoCalGas’ pipelines and storage facilities, publicly released a request for information to SoCalGas

On February 11, 2016, Southern California Gas Company announced that a relief well had “intercepted the base of the leaking well” and operators were pumping fluids to temporarily keep the gas from leaking. Then on February 18, 2016, the California Division of Oil, Gas and Geothermal Resources (DOGGR) today confirmed that the well that had been leaking at the Southern California Gas Co. Aliso Canyon storage facility has been permanently sealed and taken out of service, SoCalGas announced.

Those who purchased NYSE:SRE shares have certain options and should contact the Shareholders Foundation.