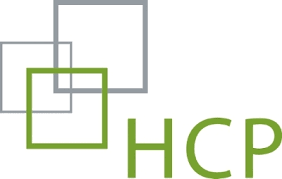 A deadline is coming up on July 11, 2016 in the lawsuit filed for certain investors in NYSE:HCP over alleged securities laws violations by Irvine, CA based HCP, Inc.

Investors who purchased shares of HCP, Inc. (NYSE:HCP) have certain options and there are strict and short deadlines running. Deadline: July 11, 2016. NYSE:HCP stockholders should contact the Shareholders Foundation at mail@shareholdersfoundation.com or call +1(858) 779 – 1554.

The plaintiff alleges that the defendants violated Federal Securities Laws by issuing allegedly false and misleading press releases, financial statements, filings with the U.S. Securities and Exchange Commission (“SEC”), and statements during investor conference calls. The plaintiff says that HCP, Inc was highly dependent upon the operations of ManorCare, a nursing home operator, which served as HCP, Inc’s most significant client, that prior to March 2015 HCP, Inc. invested directly in ManorCare, purchasing substantially all of ManorCare’s real estate facilities (which were then leased back to ManorCare) and taking a 10% equity stake in ManorCare, and that as a result of that transaction, ManorCare had a significant impact on several aspects of HCP, Inc’s operations and was highly important to HCP, Inc. investors.

The plaintiff claims that between March 30, 2015 and February 8, 2016, the defendants misrepresented ManorCare’s financial performance, the value of HCP, Inc ‘s ManorCare assets, and that HCP’s revenue stream from ManorCare leases was secure. Moreover, HCP and ManorCare represented that ManorCare had “a long history of compliance with regulations,” and that ManorCare’s billing practices had been “audited” in the past and were “to the standard one would want.”, and that as result of these misrepresentations, HCP, Inc common stock traded at allegedly artificially inflated prices between March 30, 2015 and February 8, 2016.

The plaintiff alleges that the defendants knew or recklessly disregarded that ManorCare was engaged in rampant billing fraud, which allegedly generated false claims for “reimbursement” submitted to government programs. ManorCare’s billing fraud was the subject of multiple whistleblower lawsuits, and an investigation by the United States Department of Justice (“DOJ”).

On April 21, 2015, HCP, Inc. disclosed that the DOJ had intervened in the whistleblower lawsuits and filed a consolidated complaint.

On May 5, 2015, HCP, Inc. announced its first quarter 2015 financial results. HCP, Inc. disclosed that it had recorded a non-cash impairment charge of $478 million related to certain of its lease arrangements with ManorCare.

Those who purchased NYSE:HCP shares have certain options and should contact the Shareholders Foundation.