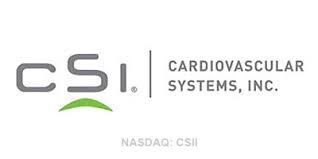 An investors in NASDAQ:CSII shares filed a lawsuit against Cardiovascular Systems Inc over alleged Securities Laws violations in connection with certain allegedly false and misleading statements.

Investors who purchased shares of Cardiovascular Systems Inc (NASDAQ:CSII) have certain options and for certain investors are short and strict deadlines running. Deadline: April 12, 2016. NASDAQ:CSII investors should contact the Shareholders Foundation at mail@shareholdersfoundation.com or call +1(858) 779 – 1554.

St. Paul, MN based Cardiovascular Systems, Inc. is a medical technology company that is engaged in treating patients suffering from peripheral and coronary arterial diseases.

On May 9, 2014, Cardiovascular Systems Inc disclosed that it had received a letter on May 8, 2014 from the U.S. Attorney’s Office for the Western District of North Carolina stating that the Company is being investigated for possible violations of the False Claims Act , resulting in the submission of false claims to federal and state health care programs, including Medicare and Medicaid.

Those who purchased NASDAQ:CSII shares have certain options and should contact the Shareholders Foundation.