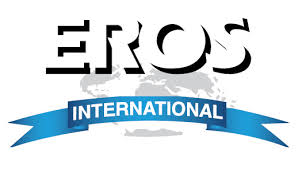 Investors who purchased shares of Eros International plc (NYSE:EROS) have certain options and for certain investors are short and strict deadlines running. Deadline: January 12, 2016. NYSE:EROS investors should contact the Shareholders Foundation at mail@shareholdersfoundation.com or call +1(858) 779 – 1554.

The plaintiff claims that between June 17, 2014 and October 30, 2015 defendants made allegedly false and/or misleading statements and/or allegedly failed to disclose that: (i) the Company’s reported earnings significantly overstated the economic viability of Eros’s business model; (ii) the Company’s accounting policy for amortization was unjustifiably aggressive in light of the impact of piracy on the long-term value of Eros’s assets; (iii) despite the Company’s reported profitability, Eros generates no cash; (iv) Eros has only been able to stay afloat by issuing stock and taking on debt; (v) Eros significantly overstated the number of movies the Company distributed and the Company’s theatrical revenues during fiscal years 2014 and 2015; and (vi) as a result of the foregoing, Eros’s public statements were materially false and misleading at all relevant times.

Those who purchased Eros International shares have certain options and should contact the Shareholders Foundation.