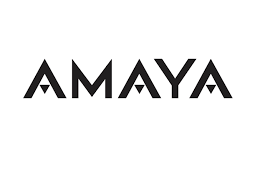 An investor, who purchased NASDAQ:AYA shares, filed a lawsuit over alleged violations of Federal Securities Laws by Amaya in connection with certain allegedly false and misleading statements.

Investors who purchased shares of Amaya Inc (NASDAQ:AYA) have certain options and for certain investors are short and strict deadlines running. Deadline: May 24, 2016. NASDAQ:AYA investors should contact the Shareholders Foundation at mail@shareholdersfoundation.com or call +1(858) 779 – 1554.

Thee plaintiff alleges on behalf of purchasers of Amaya Inc (NASDAQ:AYA) common shares between June 8, 2015 and March 22, 2016, that the defendants violated Federal Securities Laws. More specifically, the plaintiff claims that between June 8, 2015 and March 22, 2016 the Defendants made false and/or misleading statements and/or failed to disclose that the Company’s CEO was engaged in an insider trading scheme that involved influencing the market price of the Company’s securities and communicating privileged information to third parties, that Amaya Inc lacked adequate internal controls, and that, as a result of the foregoing, Defendants’ statements about Amaya’s business, operations, and prospects, were false and misleading and/or lacked a reasonable basis.

On March 23, 2016, it was reported that Amaya’s Chief Executive Officer, David Baazov, has been charged with insider trading by Quebec’s securities regulator. The regulator said it had filed charges against Amaya’s Chief Executive Officer for “aiding with trades while in possession of privileged information, influencing or attempting to influence the market price of the securities of Amaya,” and “communicating privileged information.” Shares of Amaya Inc (NASDAQ:AYA) declined from $14.32 per share on March 22, 2016 to as low as $10.30 per share on March 23, 2016.

Those who purchased NASDAQ:AYA shares have certain options and should contact the Shareholders Foundation.