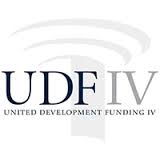 Investors who purchased shares of United Development Funding IV (NASDAQ:UDF) have certain options and for certain investors are short and strict deadlines running. Deadline: February 19, 2016. NASDAQ:UDF investors should contact the Shareholders Foundation at mail@shareholdersfoundation.com or call +1(858) 779 – 1554.

The plaintiff alleges on behalf of purchasers of United Development Funding IV (NASDAQ:UDF) common shares between June 4, 2014 and December 10, 2015, that the defendants violated Federal Securities Laws. More specifically, the plaintiff claims that between June 4, 2014 and December 10, 2015 the defendants made allegedly false and/or misleading statements and/or failed to disclose that subsequent UDF companies provide significant liquidity to earlier vintage UDF companies, allowing them to pay earlier investors, that if the funding mechanism funneling retail capital to the latest UDF company were halted, the earlier UDF companies would not be capable of standing alone, and the entire structure would likely crumble with investors left holding the bag, that UDF IV provided liquidity to UDF I, UMT and UDF III, among other affiliates, further exacerbating the problem and perpetuating the scheme, that, as such, Defendants were operating a Ponzi-like real estate investing scheme, that the Company was being investigated by the SEC, and that, as a result of the foregoing, Defendants’ statements about UDF IV’s business, operations, and prospects, were false and misleading and/or lacked a reasonable basis.

On December 10, 2015, a report was published asserting that the United Development Funding umbrella, which operates publicly listed and public non-traded REITs, “exhibits characteristics emblematic of a Ponzi scheme,” as each successive UDF entity—e.g., UDF I, UDF II, UDF III—was used to raise funds to bail out “prior vintages” of UDF, which “continually needed a source of liquidity.” The report further stated, in part, that: (i) “[v]isits to actual development sites, which serve as collateral to UDF development loans, show that, in numerous instances, there is no development and the collateral is still non-income producing, raw land 2, 3, 5 (as much as 10) years after loans were issued”; (ii) a lawsuit was filed in Texas state court in October 2015, naming UDF IV as a co-defendant in a case involving allegations of fraud, breach of contract, tortious interference and fraudulent transfer; and (iii) in November 2015, several UDF entities disclosed that their independent registered public accounting firm, Whitley Penn LLP, declined to stand for reappointment as auditor. Shares of United Development Funding IV (NASDAQ:UDF) dropped from $17.60 per share to as low as $9.46 per share during December 10, 2015, respectively $8.19 per share on December 14, 2015.

Those who purchased shares of United Development Funding IV (NASDAQ:UDF) have certain options and should contact the Shareholders Foundation.