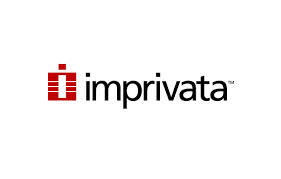 An investor in NYSE:IMPR shares filed a lawsuit in the U.S. District Court for the District of Massachusetts over alleged violations of Securities Laws by Imprivata Inc in connection with certain allegedly false and misleading statements.

Investors who purchased shares of Imprivata Inc (NYSE:IMPR) have certain options and for certain investors are short and strict deadlines running. Deadline: April 4, 2016. NYSE:IMPR investors should contact the Shareholders Foundation at mail@shareholdersfoundation.com or call +1(858) 779 – 1554.

According to the complaint the plaintiff alleges on behalf of purchasers of Imprivata Inc (NYSE:IMPR) common shares between July 30, 2015 and November 2, 2015, that the defendants violated Federal Securities Laws. More specifically, the plaintiff claims that between July 30, 2015 and November 2, 2015 defendants materially misled the investing public about demand for the Company’s IT security offerings and its sales trends, thereby inflating the price of Imprivata common stock, by publicly issuing false and misleading statements and omitting to disclose material facts necessary to make defendants’ statements about Imprivata Inc, its business and operations not misleading. According to the complaint, these material misstatements and omissions had the cause and effect of creating in the market an unrealistically positive assessment of Imprivata and its business, prospects and operations, thus causing Imprivata common stock to be overvalued and artificially inflated, and then, with the price of the common stock artificially inflated, certain Imprivata executives and insiders cashed in, selling more than $72 million worth of their personally held Imprivata stock at fraud-inflated prices.

The plaintiff claims that rather than the revenues of $31-$31.5 million and losses of$0.20 per share that Imprivata Inc had stated it was on track to achieve in July 2015, Imprivata reported that its third quarter 2015 sales would come in at or below $29.2 million and that its losses would exceed $0.22 per share. According to the complaint, Imprivata Inc also disclosed several negative sales trends that had been adversely affecting sales in third quarter 2015.
The complaint alleges that defendants disclosed additional detail concerning the adverse sales trends Imprivata Inc had experienced during the 3Q15, announced reduced fiscal 2015 guidance and disclosed that the negative sales trends would continue to diminish sales into fiscal 2016.

Those who purchased NYSE:IMPR shares have certain options and should contact the Shareholders Foundation.