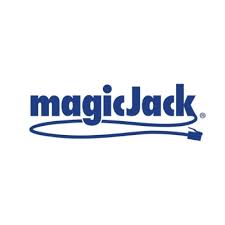 An investor, who SOLD NASDAQ:CALL shares, filed a lawsuit over alleged violations of Securities Laws by magicJack VocalTec Ltd.

Investors who SOLD a significant amount of shares of magicJack VocalTec Ltd (NASDAQ:CALL) between November 12, 2013 and March 12, 2014, have certain options and for certain investors are short and strict deadlines running. Deadline: May 13, 2016. NASDAQ:CALL investors should contact the Shareholders Foundation at mail@shareholdersfoundation.com or call +1(858) 779 – 1554.

The plaintiff alleges on behalf of Sellers of magicJack VocalTec Ltd (NASDAQ:CALL) common shares between November 12, 2013 and March 12, 2014, that the defendants violated Federal Securities Laws.

More specifically, the plaintiff claims that between November 12, 2013 and March 12, 2014 magicJack misrepresented the Company’s expected financial performance in a scheme to artificially deflate the price of magicJack’s securities. The plaintiff claims that due to the misrepresentations made by defendants, investors sold or otherwise divested between November 12, 2013 and March 12, 2014 magicJack’s common stock at artificially deflated prices, thus incurring losses and when the Company’s alleged misrepresentations and fraudulent conduct became apparent, the price of magicJack’s shares dramatically increased, as the artificial depression was removed from the share price.

Those who purchased NASDAQ:CALL shares have certain options and should contact the Shareholders Foundation.