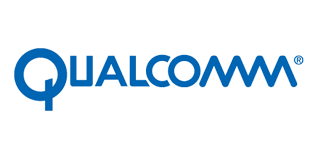 The Shareholders Foundation announced that an investor in shares of QUALCOMM, Inc. (NASDAQ:QCOM), filed a lawsuit over alleged violations of Securities Laws by QUALCOMM, Inc. in connection with certain allegedly false and misleading statements.

According to the complaint the plaintiff alleges on behalf of purchasers of QUALCOMM, Inc. (NASDAQ:QCOM) common shares between November 6, 2014 and July 22, 2015, that the defendants violated Federal Securities Laws. More specifically, the plaintiff claims that between November 6, 2014 and July 22, 2015 the defendants made false and/or misleading statements and/or failed to disclose that the Company was experiencing weaker-than-expected sales of devices that included the Company’s products and, as a result, the Company’s statements about its business, operations, and prospects lacked a reasonable basis.

On July 22, 2015, QUALCOMM, Inc announced its third-quarter fiscal 2015 results and lowered its sales and earnings forecasts due, in part, to weaker-than-expected original equipment manufacturer sales of devices that included the Company’s products. Qualcomm explained on the earnings call discussing these results that it had an inventory build-up of chips. Shares of QUALCOMM, Inc. (NASDAQ:QCOM) declined on July 23, 2015 to as low as $60.83 per share.

Those who purchased shares of QUALCOMM, Inc. (NASDAQ:QCOM) have certain options and should contact the Shareholders Foundation.