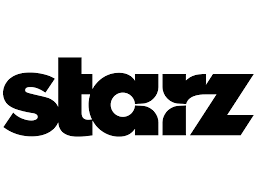 An investor in shares of Starz, filed a lawsuit in California against Starz over alleged violations of Federal Securities Laws.

Investors who purchased shares of Starz (NASDAQ:STRZA, NASDAQ:STRZB) have certain options and for certain investors are short and strict deadlines running. Deadline: January 8, 2016. NASDAQ:STRZA and NASDAQ:STRZB investors should contact the Shareholders Foundation at mail@shareholdersfoundation.com or call +1(858) 779 – 1554.

The plaintiff claims that between August 1, 2014 and October 29, 2015 defendants issued allegedly materially false and misleading statements to investors and/or allegedly failed to disclose that Starz lacked adequate internal controls, that according to a former Starz senior executive, Starz’s contract with Comcast Corporation was a result of illicit business practices, and that as a result, Starz’s public statements were materially false and misleading at all relevant times.

On October 29, 2015, it was revealed that Starz’s former Senior Vice President of Sales and Affiliate Marketing Keno Thomas filed a lawsuit against Starz, CEO Christopher Albrecht, CRO Michael Thornton and Liberty Media. The lawsuit alleges, among other things, that Thomas “was ordered by Starz senior management, at the behest of Mr. Thornton, to fabricate revenue and subscriber information so that Mr. Thornton and Mr. Albrecht could present those falsified figures to Starz’s Board of Directors” and “Starz ultimately terminated Mr. Thomas for his whistleblowing, his refusal to participate in illegal activities[.]”

Those who purchased Starz shares have certain options and should contact the Shareholders Foundation.