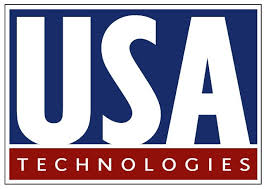 Investors who purchased shares of USA Technologies, Inc. (NASDAQ:USAT) have certain options and for certain investors are short and strict deadlines running. Deadline: December 1, 2015. NASDAQ:USAT investors should contact the Shareholders Foundation at mail@shareholdersfoundation.com or call +1(858) 779 – 1554.

According to the complaint the plaintiff alleges on behalf of purchasers of USA Technologies, Inc. (NASDAQ:USAT) common shares between September 29, 2014 and September 29, 2015, that the defendants violated Federal Securities Laws. More specifically, the plaintiff claims that between September 29, 2014 and September 29, 2015 defendants made allegedly false and/or misleading statements and/or allegedly failed to disclose that there were significant deficiencies in both the design and operating effectiveness of the company’s internal control over financial reporting, that the deficiencies, when aggregated, represented a material weakness in internal control, that as a result of these deficiencies, the Company’s procedures failed to identify a large number of uncollectible small balance accounts, and that as a result of the foregoing, USA Technologies’ public statements were materially false and misleading at all relevant times.

Then on September 29, 2015, USA Technologies, Inc. filed for an extension because the company determined that it was not able to file its Annual Report on Form 10-K for the fiscal year ended June 30, 2015 within the prescribed time period without unreasonable effort or expense.

On September 30, 2015, USA Technologies, Inc. commented on the extension request of Form 10-K.

Those who purchased shares of USA Technologies, Inc. (NASDAQ:USAT) have certain options and should contact the Shareholders Foundation.