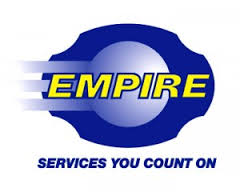 An investigation for investors in NYSE:EDE shares was announced concerning the takeover of Empire District Electric Co. by Algonquin Power & Utilities Corp.

Investors who purchased shares of Empire District Electric Co (NYSE:EDE) and currently hold any of those NYSE:EDE shares have certain options and should contact the Shareholders Foundation at mail@shareholdersfoundation.com or call +1(858) 779 – 1554.

The investigation by a law firm concerns whether certain officers and directors of Empire District Electric Co breached their fiduciary duties owed to NYSE:EDE investors in connection with the proposed acquisition.

However, the investigation concerns whether the offer is unfair to NYSE:EDE stockholders. More specifically, the investigation concerns whether the Empire District Electric Board of Directors undertook an adequate sales process, adequately shopped the company before entering into the transaction, maximized shareholder value by negotiating the best price, and acted in the shareholders’ best interests in connection with the proposed sale.

Those who are current investors in NYSE:EDE shares have certain options and should contact the Shareholders Foundation.