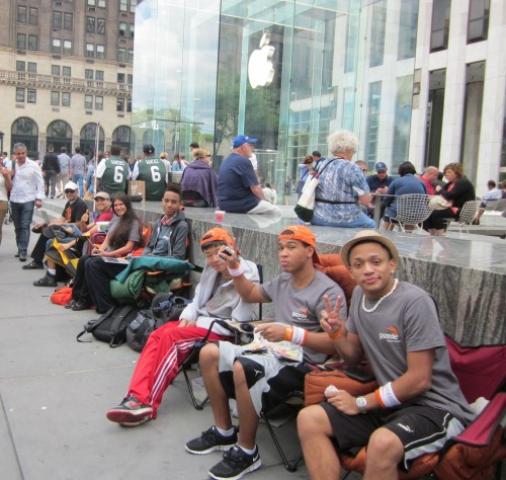 The much-awaited device of the year 2012 – iPhone 5 was finally unveiled on September 12th. The crazy Apple fans were excited to see in live the sixth phone in the Apple’s iPhone series. What’s more exciting is that the pre-orders for iPhone 5 had surpassed 2 million in the first 24 hours. It’s just double the 1 million pre-orders for the predecessor iPhone 4S.

It’s no surprise that Apple’s iPhone 5 has proven successful within a few days after the official launch, as the expectations were so high. iPhone 5 that shattered the record of iPhone 4S, is now the fastest selling iPhone ever. The iPhone 5, the best iPhone and the most beautiful product Apple ever made, is expected to be the rank first in the Apple’s history of selling.

But the analysts at the Bloomberg predict that more than 10 million iPhone 5 will be sold by the month’s end. According to the data compiled by Bloomberg, around 58 million units of iPhone 5 are estimated to be sold by the end of 2012, generating $36.2 billion in sales for Apple. Carl Howe, an analyst says – “This is going to be the best-selling consumer electronics device of all time, bar none.” Words out that the demand for the device has exceeded the initial supply and the majority of the pre-orders are scheduled to be delivered to the customers by September 21st.

The iPhone 5 is indeed an evolution rather than a revolution as it’s no doubt that this is Apple’s best phone ever. Apple products have certainly come a long way out and the real test is how long Apple is going to keep up its momentum.