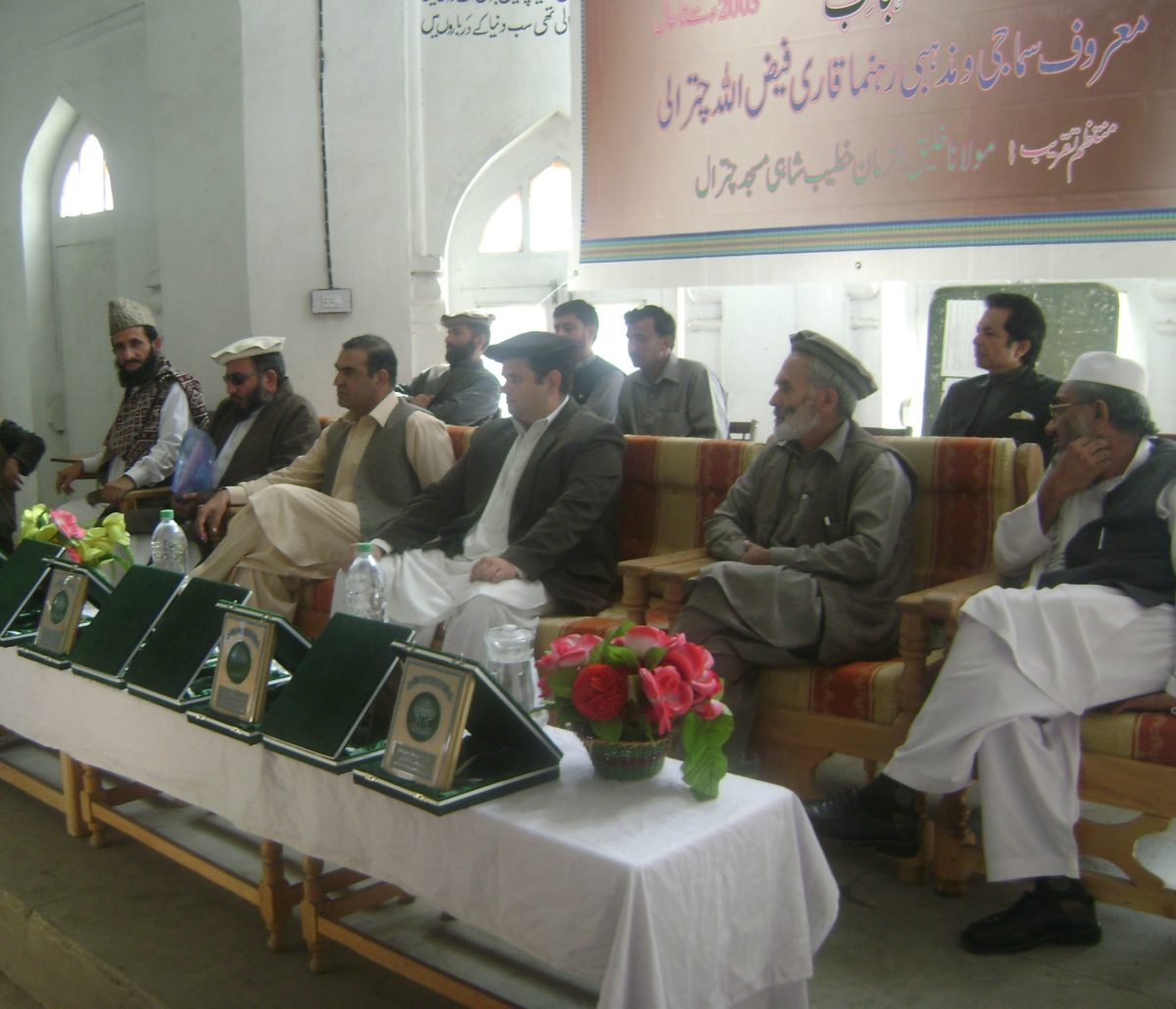 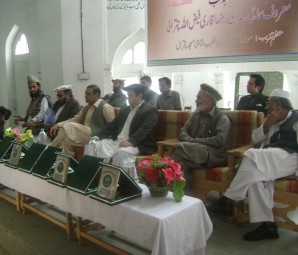 CHITRAL: Renowned religious scholar and social worker Qari Faizullah this year too arranged awards and cash prizes for brilliant Chitrali students who had passed SSC examination with distinctions. Award giving ceremony held in Centennial School Chitral chaired by Shoaib Khan Jadoon, Deputy Commissioner Chitral. Mehtar Chitral Fateh-ul-Mulk Nasir graced the ceremony as Chief Guest. The ceremony was arranged by Shahi Masjid Khateeb Moulana Khaliquz Zaman, who is also the representative of Qari Faizullah Chitrali, whereas Qari Jamal Abdul Nasir managed the event. Cash prizes of 40 thousand and 30 thousand were given to position holders of 2013 matriculation exams while special prizes were given to distinctive students and schools. This year award also given to girl students, three students from Kalash communities and one student of religious seminary.

At the end of the ceremony GI-sheets, 60 per household, were provided to flood damaged households. This support was also extended by Qari Faizullah Chitrali.