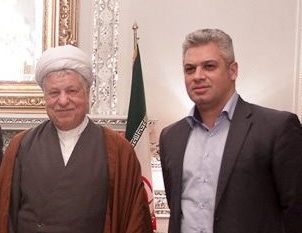 Last year, when Hassan Rouhani came to power as the new president of the Islamic 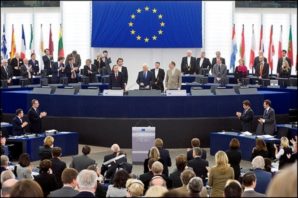 Republic of Iran, an overtly optimistic desire for solving the nuclear crisis took shape in the west. The Iranian people have been ever since, witnessing an array of European parliamentary groups and companies visiting their country to take advantage of the new ‘opportunity’ and the new “positive atmosphere,” while closing their eyes on human rights conditions in Iran.

Ten months later, much of that optimism is gone. More than 700 prisoners have been hanged by the ‘moderate’ government. That is the highest number of executions compared to any other president in Iran for the past 25 years. Only during the last 30 days more than 100 people have been hanged. In April, the political prisoners in the notorious Evin prison in Tehran were brutally attacked by the security forces, but Rouhani’s response to the protests of their families outside his office was total silence.

The nuclear agreement initially hailed as a ‘major breakthrough’ seems now to be far from resolved and western diplomats point to “significant gaps” and a “frustrating” process. Rouhani has announced that Iran will not abandon its nuclear technology, but the economic pressure and sanctions seem to have forced the government to finally agree to the nuclear talks.

In Syria, Iran is actively engaged in helping Bashar al-Assad’s brutal killings of innocent people. The Iranian Revolutionary Guards Corps (IRGC) recently announced that more than 130,000 of its trained Basij militias are awaiting entrance into Syrian territory. Other reports indicate that Iran is sending chlorine bombs to Syria.

A recent development that topped the headlines of Iranian media for several weeks but did not receive much attention in the West, was a resolution adopted by the European Parliament in Brussels in early April condemning violations of human rights in Iran and stressing that an entree visa must immediately be given to Ahmad Shaheed, the UN Special Rapporteur on Human Rights, while declaring the presidential elections non-democratic. The Iranian authorities, from the topmost officials to Friday prayer leaders and other clergies furiously condemned this resolution and branded it as intervention. A long-time planned visit by an Iranian parliamentary delegation to the EU Parliament in April was cancelled in protest and Iran announced that any European parliamentarian who intended to visit the country would be fingerprinted at the airport.

What the general public were unaware of was that this resolution initially had been tabled by a Euro MP who is a strong advocate of ‘rapprochement’ with Iran. The original text drafted by Socialist Group adviser Eldar Mamedov, in coordination with Iranian Embassy in Brussels was carefully worded to include some vague criticisms on human rights but to be entirely in favour of Rouhani and full engagement with Iran. But when the common “compromise” text was put to the vote in parliament’s foreign affairs committee in March, the entire report was rejected by a majority which is extremely rare.

The dismissal of that report was a major defeat for the pro-Iran lobby in Europe and the committee decided to re-write the text. The final resolution adopted by a great majority in the plenary on 3rd April included specific remarks that was not at all adored by the Iranian authorities.

Shouting out at European Parliament for the adoption of this resolution, remained a key topic in state-run Iranian media for more than two weeks. The Revolutionary Guards commander made a headline “The European Union is worse than a four-legged animal.”

After this very heated reaction to the EP resolution, the Iran lobby in Europe panicked and tried to calm down the Ayatollahs. Recently the same adviser who had drafted the initial pro-Iran resolution, has written several articles and even got a full page interview in official Iranian media where he focuses on attacking the Iranian opposition, accusing them for being behind this “sabotage.”

The ancestors of Eldar Mamedov were from the city of Talesh in northern Iran and later moved to the Muslim state of Azerbaijan. His family then migrated to Latvia.

Shortly after Mr Mamedov started working in the European Parliament as an adviser for the socialist group, he began to show great interest for Iranian affairs. He had previously worked at the Latvian embassy in the United States but was ordered to leave his post by the American government for “security reasons,” according to a former Latvian diplomat who was working in the embassy at the time.

A former member of the Iranian diplomatic corps now in exile showed this author a memo by Iranian foreign ministry last year indicating that together with a (now former) female Spanish socialist MEP, Mamedov is “actively working to lobby and defend the Islamic Republic.” The memo states “He has a very positive attitude to the Islamic Republic and it is easy to pursue our line with him especially in confronting the MKO (MEK) in European Parliament.”

Mr Mamedov has travelled to Iran at least four times since 2011. He coordinated the visit of the socialist group delegation, to Iran in October 2013. He also participated in another EP visit to Tehran in December 2013. Earlier he was invited by Iranian authorities for a private tour to Iranian cities including to his native province of Azerbaijan together with his uncle. In this trip he was told how to pursue their agenda in Europe especially to assist their plans to destabilize the neighbouring government of Bahrain, but that plan was later put on hold by Iran. His contact in the Iranian embassy, first counsellor Abbas Golriz, usually chooses to meet him in cafés in Brussels to avoid undesired attention.

Following the recent European elections, with a new Parliament to start from July, Iran might be eager to infiltrate European policy circles. Lawmakers however should stress that any progress with Iran is only viable if accompanied with clear improvement of human rights. As the Dutch Euro MP Marietje Schaake has clearly stressed: “The EU will keep on pushing for more freedoms, rights and opportunities for the Iranian population. Only if those change for the better, can we really speak of a changed course in Iran.”