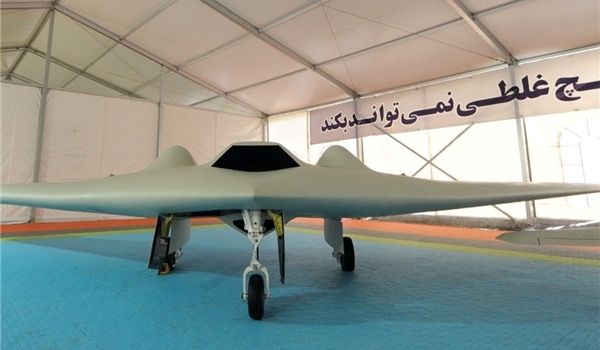 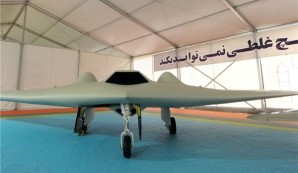 The Iranian government has reversed engineered the captured US drone “RQ-170” which was downed in Iran late in 2011.
The Iranian version has been retrofitted and equipped by the Islamic Revolution Guards Corps (IRGC) with bombing capability to zero in and attack US warships in the Gulf of Hormuz in any possible battle.

IRGC experts said the Iran-made RQ-170, similar to its original model, will be able to conduct surveillance and reconnaissance missions, but it has been equipped with the bombing capability as well to be able to carry out a wider range of missions.

The US army uses the drone for reconnaissance missions but the IRGC Aerospace experts have equipped the Unmanned Aerial Vehicle (UAV) with bombing capabilities, enabling it to operate as a “bomber aircraft against the US warships in any possible showdown between the two countries” (source: Fars news Agency EXCLUSIVE: IRGC to Use RQ-170 for Bombing Missions http://english.farsnews.com/newstext.aspx?nn=1393022200031 ).

A source inside the US Navy (who declined to be named in this report) stated “that this is a big deal and is something warships operating in the region definitely need to worry about going forward.”

The source however expressed full faith and confidence that the Navy Phalanx system could shot down any incoming drone, even those designed with stealth capabilities traveling at high speed…

The Phalanx CIWS weapon system helps protect navy ships from missiles and other dangers. It consists of a radar-guided 20 mm (0.79 in) Gatling gun mounted on a swiveling base (source: Wikipedia http://en.wikipedia.org/wiki/Phalanx_CIWS).

With that being said on February 10, 1983, the USS Antrim was conducting a live fire exercise off the east coast of the United States using the Phalanx against a target drone. Although the drone was successfully engaged at close range, the target debris bounced off the sea surface and struck the ship. This caused significant damage and fire from the drone’s residual fuel, which also killed a civilian instructor aboard this ship (source: US Navy http://www.navysite.de/ffg/FFG20.HTM).