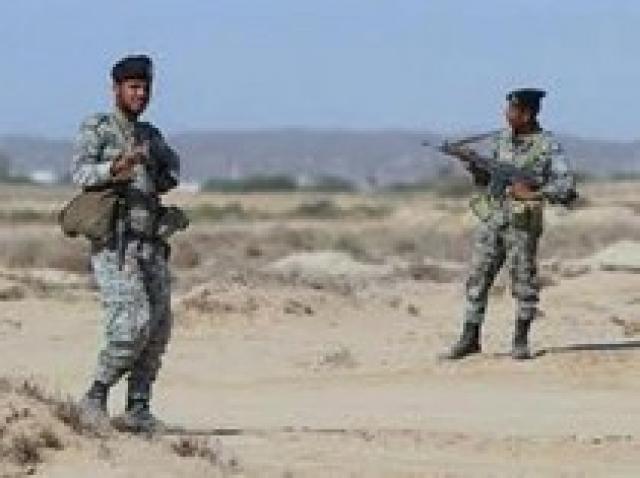 Iran’s Deputy Judiciary Chief Ebrahim Rayeesi says since the US invasion of Afghanistan and subsequent military occupation in Afghanistan there has been “a 40-fold increase” in illegal drug production in that country since 2001. This increase is causing havoc for Iran which is fighting the flow of illegal drugs into their country from Afghanistan.

"The main reason for the considerable increase in narcotics is the presence of foreign forces, especially the US and the NATO (forces) and today drug production and trade are done under the control and supervision of the Americans," Rayeesi said on Sunday.

Afghanistan has been the greatest illicit opium producer in the entire world, ahead of Burma (Myanmar) and the "Golden Triangle" since 1992, excluding the year 2001. Afghanistan is the main producer of opium in the "Golden Crescent". Opium production in Afghanistan has been on the rise since U.S. occupation started in 2001. Based on UNODC data, there has been more opium poppy cultivation in each of the past four growing seasons (2004–2007) than in any one year during Taliban rule. Also, more land is now used for opium in Afghanistan than for coca cultivation in Latin America. In 2007, 92% of the non-pharmaceutical-grade opiates on the world market originated in Afghanistan. This amounts to an export value of about $4 billion, with a quarter being earned by opium farmers and the rest going to district officials, insurgents, warlords, and drug traffickers. In 2007 the United Nations estimated that half of Afghanistan GDP (Gross Domestic Product) came from illegal drugs production in that country.

In the seven years (1994–2000) prior to a Taliban opium ban, the Afghan farmers’ share of gross income from opium was divided among 200,000 families. In addition to opiates, Afghanistan is also the largest producer of hashish in the world.

While Herat is not the highest-volume area of opium trade, Herat, and the other Iranian border areas of Farah, and Nimroz, have some of the highest prices, presumably due to demand from the Iranian market. "Opium prices are especially high in Iran, where law enforcement is strict and where a large share of the opiate consumption market is still for opium rather than heroin. Not surprisingly, it appears that very significant profits can be made by crossing the Iranian border or by entering Central Asian countries like Tajikistan." According to UNODC estimates bulk of Afghanistan’s opium production goes to Iran either for consumption or for on-ward export to other countries in the region and Europe. Iran currently has the largest prevalence of opiate consumption in its population globally. Iran also accounts for 84% of total opiate seizures by law enforcement agencies in the world, interdicting tens of thousands of tons of opiates annually.

The Iranian government has gone through several phases in dealing with its drug problem.

First, during the 1980s, its approach was supply-sided: "Law-and-order policies with zero tolerance led to the arrest of tens of thousands of addicts and the execution of thousands of narcotics traffickers."

Beehner said "Tehran also has spent millions of dollars and deployed thousands of troops to secure its porous 1,000-mile border with Afghanistan and Pakistan… a few hundred Iranian drug police die each year in battles with smugglers.

Referring to the head of the UNODC office in Iran, Roberto Arbitrio, Beehner quoted Arbitrio in an interview with The Times. "You have drug groups like guerrilla forces, [who] … shoot with rocket launchers, heavy machine guns, and Kalashnikovs."

Drug traffic is considered a security problem, and much of it is associated with Baluchi tribesmen, who recognize traditional tribal rather than national borders. Current (2007) reports cite Iranian concern with ethnic guerillas on the borders, possibly supported by the CIA.

Iranian drug strategy changed again under President Mahmoud Ahmadinejad, who took office in 2005. Iran’s drug policy has been reconsidered and shifted back toward supply interdiction and boosting border security. It is unclear if this is connected to more wide-ranging concerns with border security, perhaps in relation to Baluchi guerillas in Iran.

Iran has alleged that certain drugs are manufactured in Afghanistan under guidance of western powers and solely sent to Iran for consumption such as certain compounds of heroin, Crack cocaine and CNS stimulants. Iran has also alleged that large quantities of Acetic anhydride and Hydrochloric acid are brought to Afghanistan from Europe to be used in manufacturing of drugs as Afghanistan does not have the chemical industry to produce the compounds locally.

Samii’s 2003 paper described Iran’s "primary approach to the narcotics threat [as] interdiction. Iran shares a 936 kilometer border with Afghanistan and a 909 kilometer border with Pakistan, and the terrain in the two eastern provinces—Sistan va Baluchistan and Khorasan—is very rough. The Iranian government has set up static defenses along this border. This includes concrete dams, berms, trenches, and minefields…

As per UN drug report of 2011, Iran accounts for highest rate of opium and heroin seizure rates in the world, intercepting 89% of all seized opium in the world. Within a span of thirty years, 3700 Iranian police officers have been killed and tens of thousands more injured in counter narcotics operations mostly on Afghan and Pakistan borders.

Iran’s geographical position has made the country a favorite transit corridor for drug traffickers who intend to smuggle their cargoes from Afghanistan to drug dealers in Europe.

Iran spends billions of dollars and has lost thousands of its police troops in the war against traffickers. Owing to its rigid efforts, Iran makes 85 percent of the world’s total opium seizures and has turned into the leading country in drug campaign.

Over the past five years, it has contributed more than $50 million annually to Afghan anti-narcotics efforts, but Iranian police officials maintain that drug production in Afghanistan has undergone a 40-fold increase since the US-led invasion and military occupation of that country since 2001.

US Taxpayer funds and rebuilding efforts in Afghanistan has helped contribute to the problem. Especially the improvement in water works projects, like canal building, hydro-electric plants, the digging of wells…all contribute to the growth and improvement of opium crops, marijuana fields as far as the eye can see in some cases.

The US military has been criticized for helping  and in some cases paying Afghan farmers to grow poppy (see: “US Military Helps Terrorist’s Grow Heroin – US Funding Taliban” http://www.youtube.com/watch?v=ElEciFI0Pew

“DRUG WAR)) U.S.MARINES! Guarding Opium in Afghanistan? What is going on here?” http://www.youtube.com/watch?v=2hIBZsd_MHA ).

Corruption plays a huge role in opium production in Afghanistan. Corruption associated with the opium economy has literally spread ,like a cancer to all levels of the Afghan government from the police to the parliament, and is eroding the rule of law.

Law enforcement personnel are also paid off by drug traffickers to ignore or, in some cases, protect their movements.

Afghan government officials, on the payroll of the United States are now believed to be involved in at least 70 percent of opium trafficking, and experts estimate that at least 13 former or present provincial governors are directly involved in the drug trade…

In some cases…[local leaders] are the same individuals who cooperated with the United States in ousting the Taliban in 2001.

Like it or not Iran has a point in blaming the US for the dramatic increase in illegal drugs coming across its borders. Some Iranian officials go so far as to accuse the US of waging a drug war against their country.

IRAN FIGHTS A REAL WAR AGAINST THE DRUG SMUGGLERS

Iran has in many ways been saving Europe from the great disaster of Heroin and Opium flow to Europe. It is a war… (see: Iran Border Police-real footage of an ambush, From the time of Taliban to Recent, (Must See) http://www.youtube.com/watch?v=vPeh5oNmYDs&feature=related

Filed under: Politics, World
Share Tweet Pin G Plus Email
previous article: Did the Secretary of Defense mislead members of Congress about Syria?
next article: Pakistan has 90- 110 nuclear weapons – Iran has none. Who is a greater threat ?