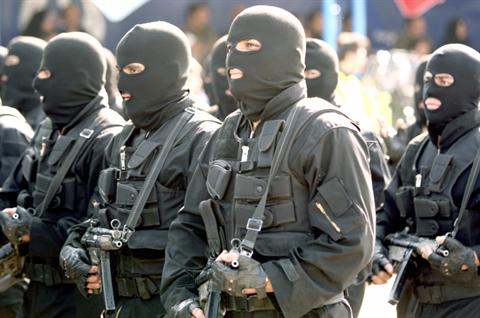 Fars news agency is reporting today that the Commander of the Islamic Revolution Guards Corps (IRGC) Aerospace Force Brigadier General Amir Ali Hajizadeh announced that “Iran is on the alert over the NATO missile battery in Turkey.”

“The Turkish officials have assured (us) that the US missile system deployed in the country is no threat to Iran but we monitor them,” Hajizadeh said in an interview with the Iran-based Arabic-language al-Alam TV channel on Monday, according to the report.

General Amir Ali Hajizadeh also said that Iran is always fully monitoring the Persian Gulf region to watch for its stability and security, adding that Iran’s home-made drones are among the tools used to this end.

Hajizadeh blasted the US (and other western states) for spreading Iranophobia in the region to sell their arms to the Persian Gulf Arab countries, and said, “The Iranophobia plot is aimed at sowing discord among the regional states to encourage them purchase huge arms cargos (from the West) which eventually leads to the increased production of the western arms manufacturing plants.”

He said that the regional states’ arms purchases are too much and at a level which cannot be compared to Iran’s defense budget.

Hajizadeh has warned in November 2011 that Tehran “would target the NATO missile shield in Turkey in case it comes under attack by the United States.”

“We have prepared ourselves, if any threat is staged against Iran, we will target NATO’s missile shield in Turkey and will then attack other targets,” General Hajizadeh said at the time.

Many military analysts believe that the NATO’s anti-missile system being deployed in Turkey is specifically aimed at Iran.

Filed under: Military, News
Share Tweet Pin G Plus Email
previous article: Russian withdraw armored forces from near border with Ukraine, but not fast enough for Admiral Kirby
next article: Members Of 50 Government Trade Unions Are To Stage A Massive Protest Campaign In Colombo