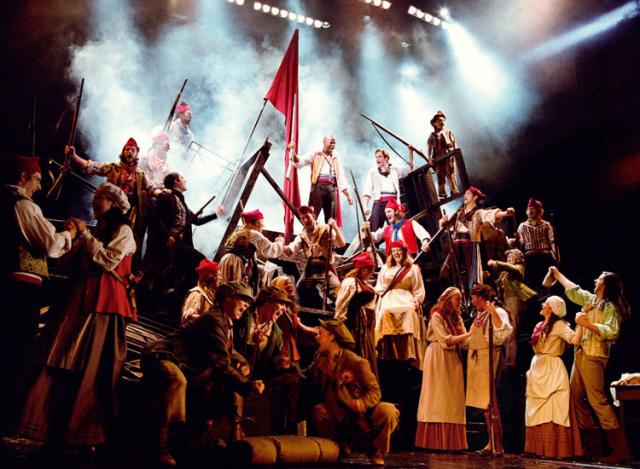 Mohammadreza Honarmand is directing the TV series “Wind and Vent” based on an adaptation from “Les Miserables” by Victor Hugo.

Written by Ahmad Rafizadeh, the project will be produced by Ramin Abbasizadeh in 26 episodes for TV channel 2.

“Various kinds of adaptations from Hugo’s novel “Les Miserables” has so far been written. But I tried to feature Iranian characteristics and the Iranian society in this story,” writer Rafizadeh told MNA.

“The story of ‘Wind and Vent’ begins in 1940’s and continues until the victory of the Islamic Revolution in 1979. Most of the foreign adaptations of the novel are loyal to the theme but we changed it into an Iranian style, which was not an easy task, though,” he explained.

Rafizadeh is currently acting as head of the writers in the project “Milky Way” by director Saman Moqaddam.

Honarmand was director of the Iranian TV series “Under the Blade” that was highly acclaimed by audiences when it was aired on TV channel 1 two years ago. Renowned actors Parviz Parastuii, Atila Pesyani, Hushang Tavakoli and actress Fatemeh Motamed-Arya were among the cast.