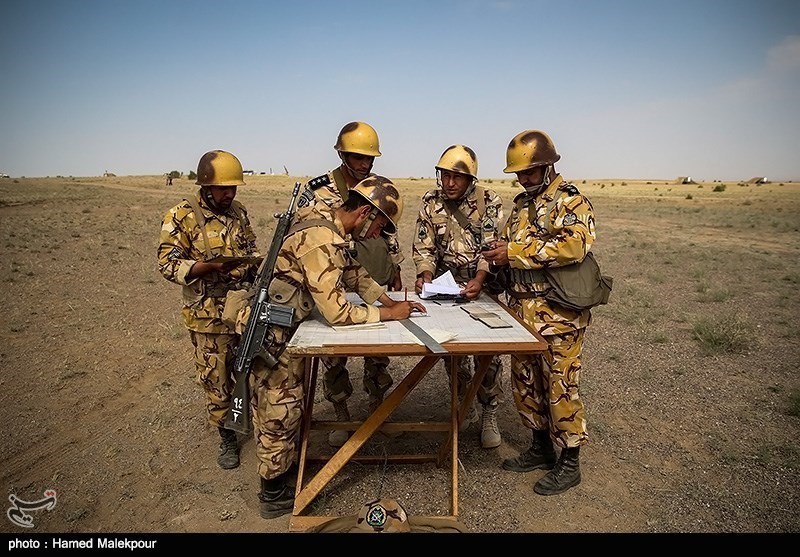 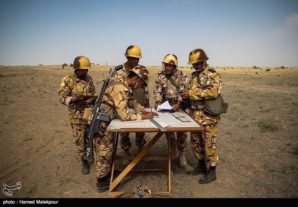 Iranian Army commanders plot positions along the border of Iran/ Iraq in preparation for a massive and crushing response if attacked by ISIS terrorists.

Fars news is reporting today that Brigadier General Kioumars Heidari, the Lieutenant Commander of the Army Ground Force has underscored the fact that the US backed terrorists of the Islamic State of Iraq and the Levant (ISIL) “do not even dare to come near Iran’s borders let alone (even think of) staging attacks in our country.”
His words are just more than mere bluster! Unlike the United States the Iran will not hesitate to defend itself from ISIS attacks. Its not hamstrung by a indecisive President in making foreign policy decisions about going after threats.

Commander Heidari told a crowd of reporters that Iranian forces have  ” an active presence in the border areas to counter enemies’ potential threats.”

Actually its more than that!

Reports suggest Iran has tens of thousands of troops ready to strike anywhere along the border region with Iraq.

These Iranian Army units are being supported by armor and tank units, in addition to close air support. Not including special forces units.

In addition Iran has special scout troops on motorcycles and ATV specially equipped with anti tank weapons and grenade launchers.

One Iranian ground force commander, speaking on the condition that we not identify him by name, rank and unit said “Iran is posed like a cobra to strike US backed ISIS terrorists a lethal and crippling blow. We are just waiting the command from our leaders…”

The commander underscored that Iranian armed forces “are watching the country’s borders so carefully that there has not remained any chance for the Takfiri terrorist groups, including the ISIL, to pose any threat to Iran.”

“The ISIL is no threat to our country and the Iraqi nation will eradicate the group by themselves,” he stressed, adding members of the ISIL group are ‘employed mercenaries’ (by the US and certain Gulf States) who are present in Iraq and Syria to destabilize peace and tranquility in the region.

Who is responsible for this mess? You may be surprised to know the US helped trained and equip ISIS fighters.

In talking with one middle east expert on this situation of ISIS it was suggested that “Iran is more than willing o clean up America’s mess with respect to ISIS.  Sadly American pride sometimes gets in the way and they refuse to ask for help.”