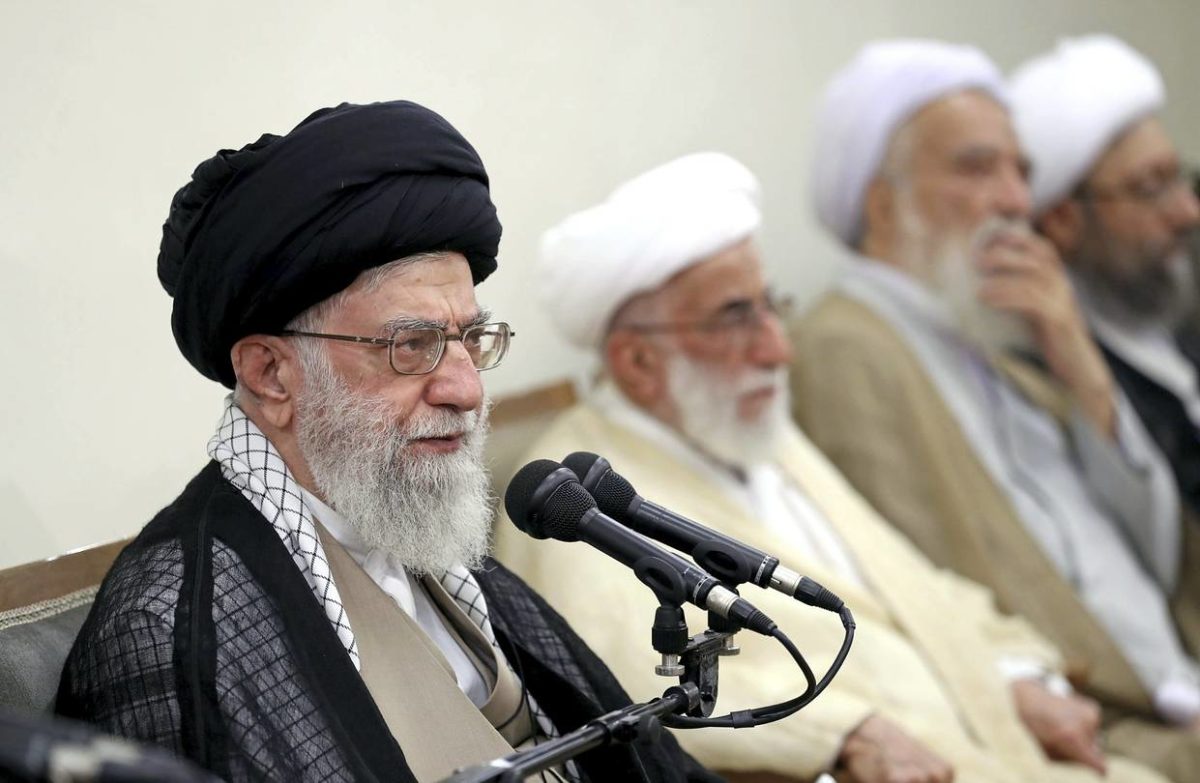 On June 3, the Iranian Supreme Leader Khamenei finally spoke out after U.S. President Trump announced that the U.S. was leaving the Joint Comprehensive Plan of Action (JCPOA). European leaders were unable to change his mind and are also unable to offer any guarantees that U.S. sanctions would not impact Iranian international trade relations.

Khamenei’s response was that the regime’s nuclear agency needed take steps to ramp up its uranium enrichment, which would seem to put the survival of the JCPOA in question, which the European leaders are determined to continue to follow and they wish to remain engaged with the Iranian regime.

“The Atomic Energy Organization of Iran must make the necessary arrangements to reach 190,000 SWU in the framework provided by the JCPOA and must begin some other preparations that the honorable president has ordered beginning tomorrow,” said Khamenei.

It is clear that the regime realizes that the U.S. sanctions are going to have an impact, even as Europe tries to find ways to protect its companies from those sanctions to keep them involved and doing business in Iran.

Those who are familiar with the stakes involved see his remarks as an attempt to force the EU to give more concessions to the regime to keep it from leaving altogether. The regime finds itself in need of the sanctions to remain lifted to receive the funds necessary to keep their military and security organizations financially viable, but the Iranian economy is unlikely to benefit either way. Simply put, the systematic corruption keeps the Iranian people from benefiting from the waiving of the sanctions. The Islamic Revolutionary Guard Corps (IRGC) and a number of its foundations affiliated with the Supreme Leader essentially control the Iranian company.

“This sting of sanctions will be painful if the regime does not change its course from the unacceptable and unproductive path it has chosen to one that rejoins the League of Nations. These will indeed end up being the strongest sanctions in history when we are complete,” said U.S. Secretary of State Mike Pompeo.

The U.S. policy for Iran from the Trump administration includes three pillars:

Back in 2015, when the JCPOA was signed, Maryam Rajavi, the President-elect of the National Council of Resistance of Iran (NCRI), said that the funds released as part of the agreement would need to be monitored by the UN to make sure the Iranian people benefited from them. Without it, “Khamenei will use these funds to further the regime’s policy of export of terrorism and fundamentalism in Syria, Yemen, and Lebanon as well as to fill the coffers of the Islamic Revolutionary Guard Corps (IRGC).” The international community did not act on that advice and the regime has not used its funds to benefit the Iranian people, who still deal with intense poverty in many areas and high unemployment.

“Change in the behavior of the mullahs will inevitably lead to the change of their regime. Democratic change in Iran is the only solution to the problem in Iran and the crisis in the region. Forming an international front against the religious and terrorist dictatorship in Iran is a requisite for establishment of peace, security, and coexistence,” said Rajavi.

In light of the recent developments in the shift of U.S. policy towards Iran, it is clear that the gathering of the NCRI on June 30 in Paris is particularly timely by giving the international community to see an alternative to the Iranian regime.

Filed under: News, Politics, US, World
Share Tweet Pin G Plus Email
previous article: How Can I Shelter My Home from a Natural Disaster in Florida?
next article: 5 Cars That Are Perfect For Families This Summer