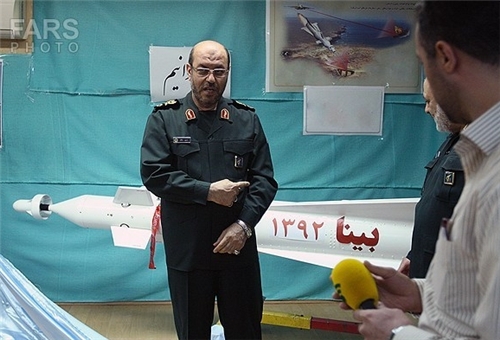 Iranian Defense Minister Brigadier General Hossein Dehqan indicated that the test-firing of a new generation of long-range ballistic missiles with “Multiple Reentry Vehicle” (MVP) payloads was a direct response to the US officials’  war threats against Iran.
He was referring to Secretary of State John Kerry’s recent statement that “all options” are on the table with respect to Iran including the “military one” should it not agree to curb its uranium enrichment program. And Vice President Joe Biden’s recent statement saying “We are not looking for war,” but that  “all options — including military force — are on the table” with respect to Iran – should it not comply with the terms of its uranium enrichment reduction deal (see article: Biden: Obama “not bluffing” on Iran http://www.cbsnews.com/news/biden-obama-not-bluffing-on-iran/).
Such comments have infuriated Iran which has taken the threats so seriously as to ramp up efforts to prepare for an all out military conflict with the United States. Including the test firing of advanced missiles – months ahead of schedule. A fact  Brigadier General Hossein Dehqan reiterated on Monday:

“The successful test-firing of the Iran-made ballistic missiles yesterday was a firm response to the prating and talkativeness of the US officials who threaten the Iranian nation continuously,” Dehqan told FNA in the Northern city of Semnan on Tuesday. 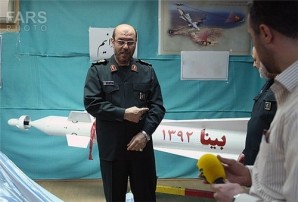 Iranian Defense Minister Brigadier General Hossein Dehqan underlined that the test-firing of a new generation of long-range ballistic missiles with Multiple Reentry Vehicle payloads was a response to the US officials’ recent war rhetoric against Iran.

“Testing the missiles was a clear response to the US officials’ worn-out phrase ‘the military option is on the table’,” he added.

Dehqan stressed that the Iranian Armed Forces and nation are “always ready and even welcome the Americans’s testing themselves in a military confrontation to witness its consequences.”

The Iranian Defense Ministry subsequently announced on Monday that it has successfully tested two new missiles, including a laser-guided surface-to-surface and air-to-surface missile and a new generation of long-range ballistic missiles carrying Multiple Reentry Vehicle payloads.