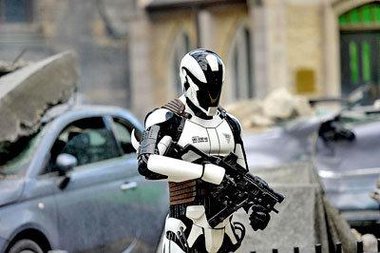 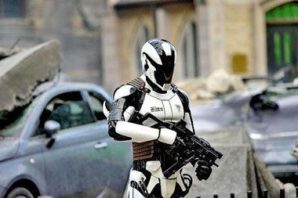 Military robot of the future.

According to FARS news the Commander of Army’s Ground Forces in Iran, Brigadier General Ahmad Reza Pourdastan said on Monday that “Iranian made military robots will accompany Iranian troops in the near future.”

Ahmad Reza Pourdastan (Persian: امیر سرتیپ احمدرضا پوردستان) is a top level Iranian general currently serving as commanding officer over all ground forces of the Iranian Army . This is a force of over 750,000 men and women. And includes active army and reservists. Most soldiers of the Iranian Army are highly trained, disciplined, motivated and determined, and their equipment has been recently updated with modern weapons.

The Iranian Army commander stated that Research and Self-sufficiency Jihad Organization is working on “remote-controlled robots which can carry out military mission.”

The robots can carry “machine guns and rockets and can be controlled from remote distance”, he said.

Iran is a leader of innovative robotic technology. take for example Surena I which is an Iranian humanoid robot, named after the Parthian General Surena. In 2010 Surena II robot was introduced that actually danced. Surena III meaning the third generation of the Surena robot is currently under development as a joint project between the R&D Society of Iranian Industries and Mines and the University of Tehran. It will be able to walk faster and also recognize faces, objects, words and sentences with appropriate reactions.