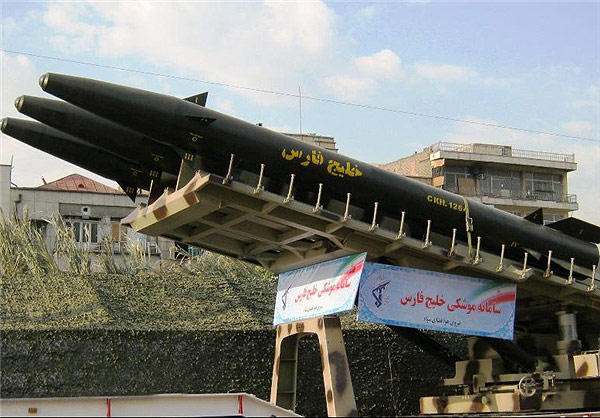 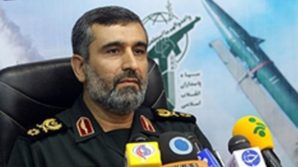 “When in its second test the Persian Gulf missile hit a moving vessel with 30m precision, we felt to have made a great success,” Major General Amiri Hajizadeh said.

It is equipped with a 650 kg explosive warhead and an interception evading guidance system. The Khalij Fars travels at an incredible  rate of Mach 3.

In fluid mechanics, Mach number (M or Ma) /ˈmɑːx/ is a dimensionless quantity representing the ratio of speed of an object moving through a fluid and the local speed of sound.

“When in its second test the Persian Gulf missile hit a moving vessel with 30m precision, we felt to have made a great success,” Hajizadeh said.

“When we explained the achievement to the Supreme Leader, His Excellency voiced pleasure in the increased precision of the missile, but demanded us to increase its precision capability to less than 10-15 meters,” he added. 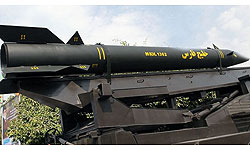 “Less than 6 months later, our experts improved the precision capability of this missile to less than 8.5m,” Gen. Hajizadeh continued.

“And when the Persian Gulf missile came into operation in the IRGC Navy, the countdown started for the trans-regional countries to end the mission of their warships,” the IRGC Aerospace commander stressed.

Iranian experts at the IRGC Aerospace research center have increased the precision capability of the ‘Persian Gulf’ supersonic ballistic missile to 8.5 meters. 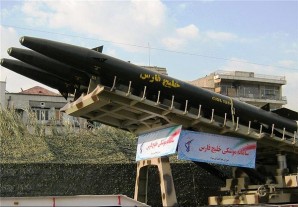 The supersonic projectile, which carries a 650-kilogram payload, is smart and immune to interception, and features high-precision systems.

The Persian Gulf supersonic ballistic missile is the most advanced and most important missile of the Islamic Revolution Guards Corps (IRGC) Navy.

The new redesign of this missile system could pose a threat to US Navy ships operating in the Persian Gulf region. A potential game changer for the region.

Note: A copy of this article was forwarded to the Secretary of the Navy on September 13, 2014.