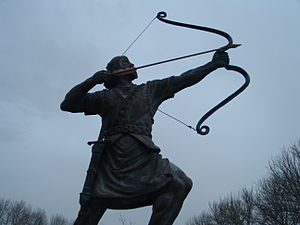 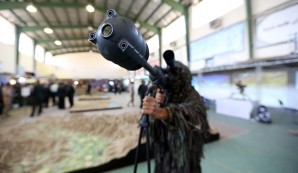 The Arash anti helicopter gun on display at Iranian military expo. Holding it is one of Iran’s elite helicopter killing sniper team members. 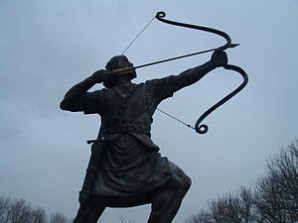 Iran’s new home-made anti-helicopter gun, ‘Arash’, is making quite a splash among weapons analysts in the US. With some speculating this weapon may signal the end of the age of the helicopter?

“Arash”, is the name of a shoulder-launched gun, was unveiled in an Iranian exhibition of the weapons and equipment of the Islamic Revolution Guards Corps (IRGC) Ground Force on Wednesday and can “also be used against ground and armored targets and enemy trenches.”

The 180cm-long weapon is also equipped with optical cameras.

Iran has made other major military breakthroughs in arms production in the last three decades.

Tehran launched an arms development program during the 1980-88 Iraqi imposed war on Iran to compensate for a US weapons embargo. Since 1992, Iran has produced its own tanks, armored personnel carriers, missiles, mortars, IED’s, drones and fighter planes.

The basic story of the bowman runs as follows: In a war between the Iranians and Turanians over the “royal glory” (khwarrah), the General Afrasiab has surrounded the forces of the righteous Manuchehr, and the two sides agree to make peace. Both reach an agreement that whatever land falls within the range of a bow-shot shall be returned to the Manuchehr and the Iranians, and the rest should then fall to Afraisab and the Aniranians. An angel (in al-Biruni it is ‘Esfandaramad’, i.e. the Amesha Spenta Spenta Armaiti, MP Spendarmad) instructs Manuchehr to construct a special bow and arrow, and Arash is asked to be the archer. Arash then fires the specially-prepared arrow at dawn, which then traveled a great distance (see below) before finally landing and so marking the future border between the Iranians and the Aniranians.

In Talebi and Balami, Arash is destroyed by the shot and disappears. In al-Tabari, he is exalted by the people, is appointed commander of the archers and lives out his life in great honor. The distance the arrow travels varies: in one it is thousand leagues (farsakhs), in another forty days walk. In several, the arrow traveled from dawn to noon, in others from dawn until sunset. A few sources specify a particular date for the event. The Middle Persian Mah i Frawardin notes the 6th day of the 1st month (i.e. Khordad of Frawardin); later sources associate the event with the name-day festivities of Tiregan (13th of Tir) “presumably” provoked by the homonymity with the Yazata Tir or tir “arrow.” (Tafażżolī 1987, p. 266)

The location from which Arash fired his arrow varies as well. In the Avesta (which does not mention places in Western Iran), it is ‘Airyo.khshaotha’, a not-further identified location in the Middle Clime. Islamic-era sources typically place the location of the shot somewhere just south of the Caspian Sea, variously in Tabaristan(Tabari, Talebi, Maqdesi, ibn al-Atir, Marashi); a mountain-top in Ruyan (al-Biruni, Gardizi), Amul fortress (Mojmal), Mount Damavand (Balami) or Sari (Gorgani). The place the arrow landed is variously identified as ‘Mount Khvanvant’ in the Avesta (likewise an unknown location); a river in Balkh (Tabari, al-Atir); east of Balkh (Talebi); Bactria/Tokharistan (Maqdesi, Gardizi); the banks of the Oxus River (Balami) or Merv (Mojmal). According to al-Biruni, it hit a nut tree between “Fargana” and Tabaristan “in the furthest reaches of [Greater] Khorasan.”

The name Arash remains one of the most popular names among Iranians.

Filed under: Military, News
Share Tweet Pin G Plus Email
previous article: Iranian general openly questions America’s stupidity in providing aid to terrorists
next article: Deep Down, We All Have Something of A Mark Zuckerberg in Us!