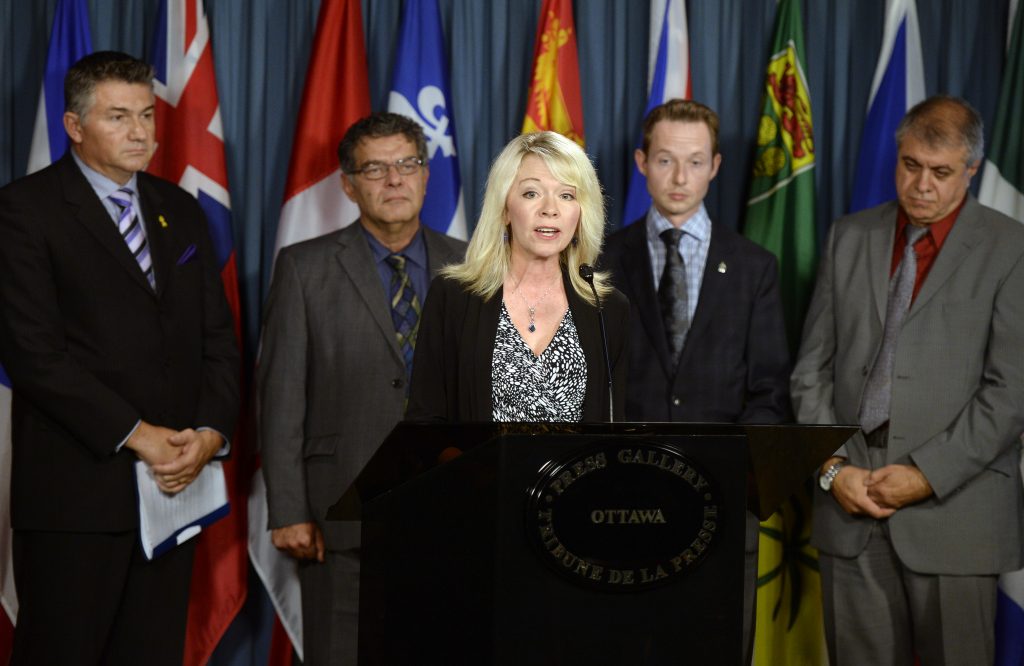 A group of Iranian Canadians urging for Canada’s government to pursue war crimes investigations as part of its annual U.N. resolution.

Canadian Friends for a Democratic Iran, made their case for the investigation of the 1988 massacre of more than 30,000 political prisoners in Iran today at a press conference at Parliament Hill. 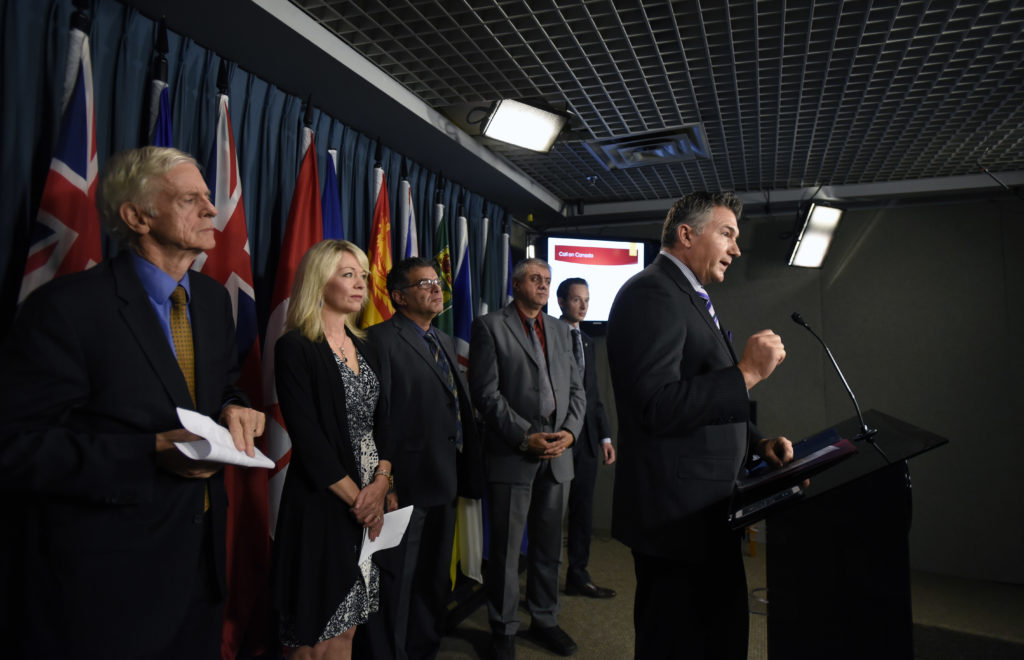 Canada has been the first country to recognize the massacre as a crime against humanity. Since 2003, it has been the leading critical voice towards Iran at the U.N., annually sponsoring resolutions to condemn the country’s human rights record.

“A UN inquiry is long overdue”, the group said in a statement.

“We urge Canada to play a leading role to demand a UN commission of inquiry on this crime against humanity and put an end to impunity by the Iranian regime’s officials.”

The group made its case using new evidence acquired after the family of Hussein-Ali Montazeri published an audio tape of him speaking frankly with high Iranian officials about their role in the 1988 massacre.

In the tape, Montazeri, then the heir-apparent to Ayatollah Khomeini, is heard speaking to a “death council” consisting of the Iranian cabinet members who orchestrated the massacre. He accuses them of pursuing an irrevocable path of violence which would cause history to condemn the Islamist regime as bloodthirsty and criminal.

The massacre went ahead as planned, however, and after Khomeini issued a fatwa decreeing that “those who are in prisons throughout the country and remain steadfast in their support for the Monafeqin (Mojahedin) are waging war on God and are condemned to execution”, prisoners were rounded up (some after being re-arrested) and hanged in groups of six to ten. Most of the executed were members of the People’s Mojahiden of Iran (PMOI, or MEK), the largest political opposition group in Iran at the time.

The Montazeri tape has provoked an international outcry and renewed calls for justice for the victims’ families, partly because many of the senior officials who organized the massacre are still in power (including Justice Minister Mustafa Pourmohammadi).

Mr. Ahmad Hassani gave an account of his brother, Mahmoud Hassani’s execution as part of 30,000 political prisoners mass murdered in 1988. He said to date, the regime has not provided any details about where his body was buried. Mr. Mehdi Garmroudi, who also lost his brother in the massacre of 1988, provided his own eyewitness account. 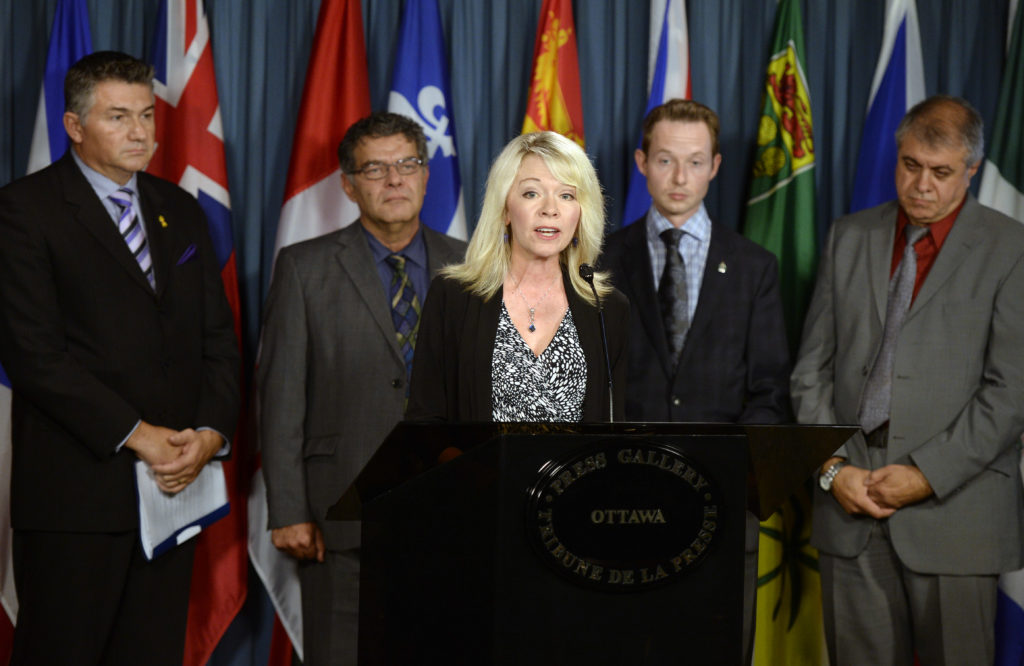 James Bezan, an influential voice in the Canadian Parliament on Iran human rights, used the press conference to praise the 2013 motion adopted by parliament. Bezan called for an end to impunity and urged the Canadian government to implement the motion and ask the UN to conduct an inquiry into this hideous crime.

Candice Bergen, Canada’s former Minister of State and MP from Conservative Party, on her speech referring to the appalling human rights situation in Iran and particularly suppression of women as described in the recent report of the UN Secretary General. She urges the Canadian government to implement the motion adopted by the parliament in 2013 to condemn the 1988 massacre in Iran and also for a UN investigation on this massacre.

David Kilgour, Chair of Canadian Friends of a Democratic Iran, urge The Canadian government to lead for UN inquiry into 1988 massacre in Iran.

He mentioned 60 of the officials involved in the massacre have been identified and they are basically holding the most senior positions. 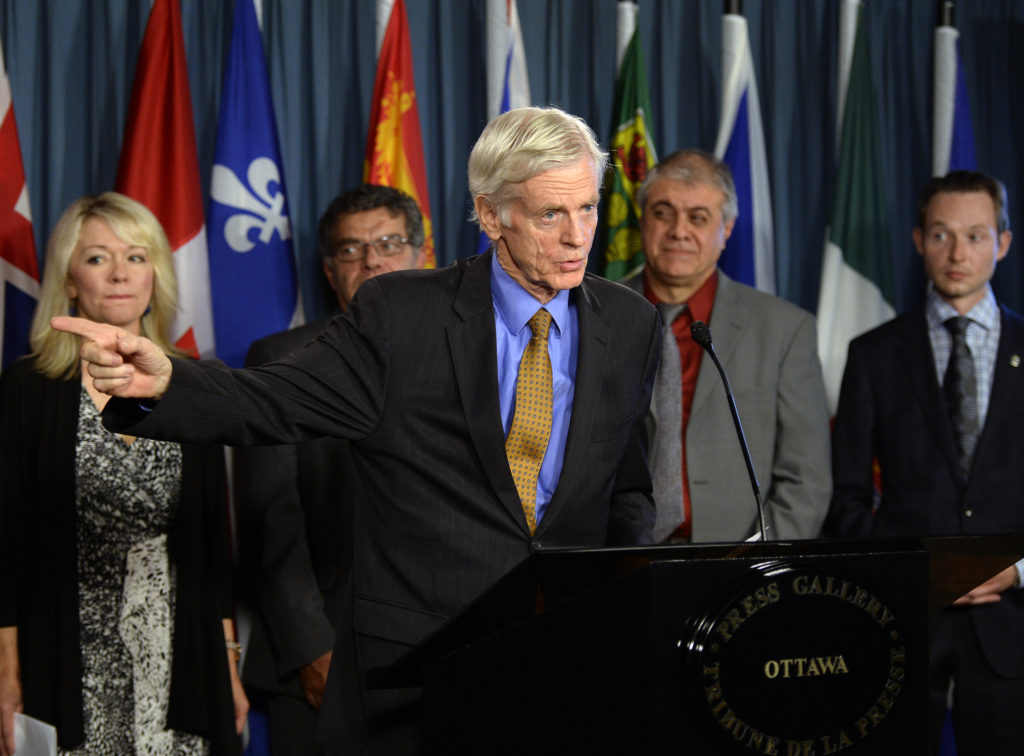 The most outstanding case is Mostafa Pour Mohammadi, the Minister of Justice in Rouhani’s administration who was one of the key officials in the Death Commission in Tehran who sent thousands upon thousands to the gallows in 1988. As recent of August 28 of this year, he gloated about his role in the massacre.