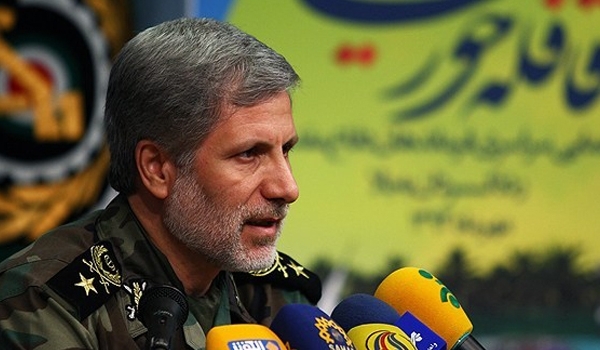 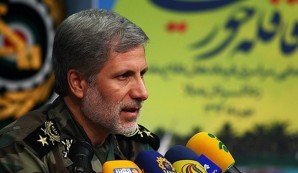 The US-led coalition against the ISIL terrorist group is politically-tainted and is aimed at securing Washington’s own interests in the Middle-East.”, said Iran’s Deputy Defense Minister Brigadier General Amir Hatami. Note: This is a man who has devoted his entire life to military service. His comments are not to be taken lightly as he is recognized by many as an expert in unconventional warfare and counter terrorism, even among his enemies. His file on my desk is about 3 inches thick and reads like a Greek tragedy in terms of the personal losses in his life and the campaigns he has been involved with over 20 years of military service devoted to his country. He currently serves as Iran’s top level ballistic defense commander.

A prominent Iran’s Deputy Defense Minister Brigadier General Amir Hatami underlined that the US-led coalition formed against the Islamic State of Iraq and the Levant is a “political showoff”, and said “launching airstrikes against the ISIL positions in Iraq is ineffective”, according to a Fars news report.

He noted that the West has equipped the ISIL against Syria and Iraq and now they want to confront it.

Earlier today, senior military aide to the Iranian Supreme Leader Major General Yahya Rahim Safavi said that the US-led coalition against the ISIL terrorist group is politically-tainted and is aimed at securing Washington’s own interests in the Middle-East.

After the announcement of a US-led coalition against the ISIL declared its creation, Iran lashed out at the western states for pursuing a double-standard policy towards campaign against terrorism in various countries.

Note: With all that being said it should be understood that Iran is also a state sponsor of terrorism.

Its hands are bloodied also! So it is hypocritical for the pot to be calling the kettle black.  We reached out to the Iranian officials about this matter of funding terrorism and our emails and messages through intermediaries in Europe and our messages were not responded to. Apparently the Iran’s have no comment on that…which I find very curious, very curious indeed.

Filed under: News, World
Share Tweet Pin G Plus Email
previous article: “US is itself the creator of terrorism”, explained highly respected Iranian General for Civil Defense
next article: Mr. Zeman! Do not forget the lessons of history