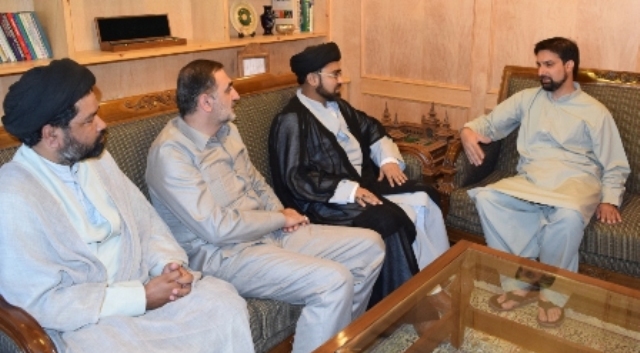 On the occasion the delegation assured full support to the flood affected people of Kashmir.

Pertinently, the first international delegation to visit the valley after the devastating floods started their tour by meeting Mirwaiz.

APHC leader informed the delegation about the loss of life and property caused by the floods.

He said the international aid for the rehabilitation of the flood affected people of Jammu and Kashmir at large is need of the hour.

Mirwaiz urged upon the delegation that a massive rehabilitation effort is needed on the same lines as in 2005 when International Agencies came forward to assist Azad Jammu and Kashmir with financial support after the 2005 earthquake.

Mirwaiz said that with the loss of precious human lives, the havoc has caused damage to the public property worth 80 thousand to one lakh crore.

He said the restoration works in such circumstances can’t be fulfilled through local resources.

Mirwaiz hoped that apart from, OIC and UN, the Islamic Republic Iran will also come forward to every possible help for the people of devastated valley.