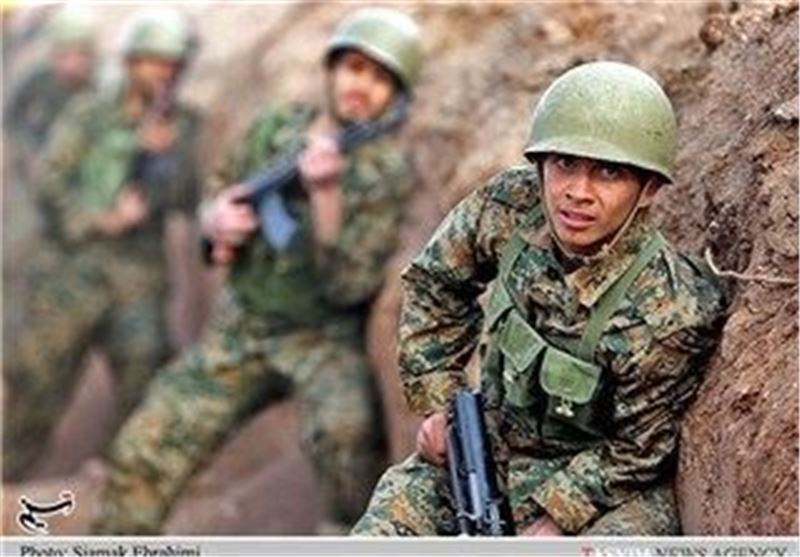 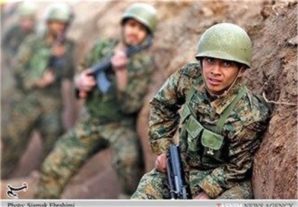 A senior military aide to the Iranian Supreme Leader Major General Yahya Rahim Safavi called on all Basiji (volunteer) forces from across the Muslim world to stand against *Takfiri streams.

This according to a  Fars news report dated November 26, 2014. A takfiri (Arabic: تكفيري‎ takfīrī) is a Muslim who accuses another Muslim (or an adherent of another Abrahamic faith) of apostasy and is often used to refer today to ISIL terrorists.

The Basij (Persian: بسيج‎), full name Sâzmân-e Basij-e Mostaz’afin (Persian: سازمان بسیج مستضعفین‎, “The Organization for Mobilization of the Oppressed”) is a paramilitary volunteer militia established in 1979 by order of the Islamic Revolution’s leader Ayatollah Khomeini. The original organization comprised the civilian volunteers whom the Ayatollah Khomeini urged to fight in the Iran–Iraq war . The force consists of an estimated 13 million young Iranians who have “volunteered” to service, often in exchange for official benefits.

It is similar to a civilian defense force.

Currently Basij serve as an auxiliary force engaged in activities such as internal security as well as law enforcement auxiliary, the providing of social service, organizing of public religious ceremonies, and policing of morals and the suppression of dissident gatherings.Basij is the name of the force; a basiji is an individual member.

“Basij provides an opportunity for the integration of all Islamic countries and is a capacity for global awareness and awakening against the hegemonic system and the Basiji people of the Muslim world should produce thoughts, plans and softwares to confront the Takfiri groups and rise for fighting the Takfiri streams,” Safavi said, addressing Basij forces in the Central province of Yazd on Wednesday.

Stressing that the Americans and Zionists, are the main culprits behind plots extending from across the world in countries from North and Central Africa to Southwest Asia, he warned that the US particularly, in his words “seeks to weaken and disintegrate certain Muslim states.”

The culture of establishing Basij forces, started by Iran, has now spread to different Muslims states who want defend their countries against foreign and Takfiri enemies. Commander of Iran’s Basij (volunteer) force Brigadier General Mohammad Reza Naqdi announced last Wednesday that the regional nations in Lebanon, Iraq and Palestine were eager to use Iran’s experience to set up Basij (volunteer) forces.

Naqdi underlined that those nations who had been, in his words “awakened would never give up resistance again.”

The Basij commander also said last week that “millions of Basijis (volunteer forces) are ready in Iran to be dispatched to Syria and Gaza and they have come to us (for registration)”.

* Note: Syria today is home the largest military collection of Takfiri in the world. Syria is also one of the location Basij forces are said to be fighting against ISIS/Al-Qaeda terrorists.

See video: Iran fight alongside Kurds and US Air Force against ISIS in Sulaiman Bek http://www.youtube.com/watch?v=Mroep60C6Bg

See video: U.S. reaches out to Iran in fight against ISIS http://www.youtube.com/watch?v=njQl0J4XB3E