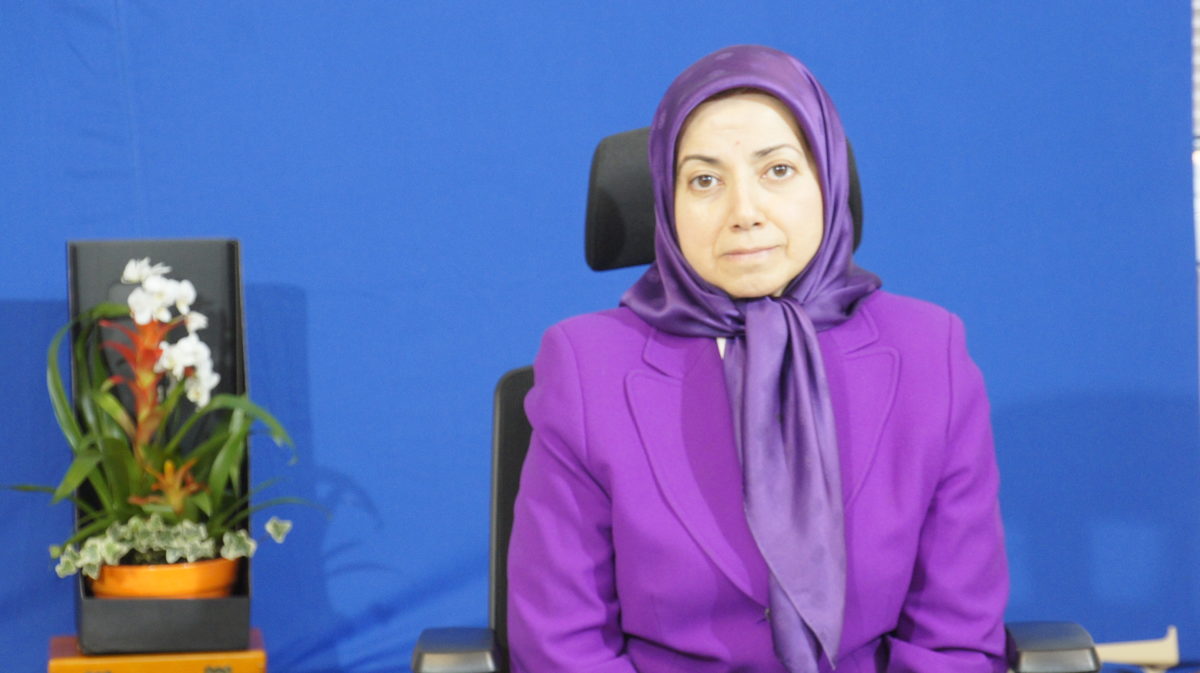 On the afternoon of April 20, 2015, Ms. Dowlat Norouzi, the representative of the National Council of Resistance of Iran in the UK, took part in an hour-long online conference in which she pointed out the domestic and regional developments, elaborating on the crises facing the clerical regime and its warmongering interventions in the Arab countries of the region. She also answered the questions of journalists and other participants.
Ms. Norouzi said: “In recent weeks, teachers of 27 out of 31 provinces protested against the regime and economic pressures. Moreover, students, youth, women and workers around the country regularly express their dissatisfaction by strikes and protests against the economic crisis, widespread poverty, widespread government corruption and unbridled repression.”
In order to cover up the crises that surround the regime, including the growth of domestic isolation that demonstrates the will of the Iranian people to overthrow the regime, the religious dictatorship has resorted to expanding the export of fundamentalism and terrorism in the region.
Thirty six years ago, in 1979, the mullahs stole the Iranian people’s revolution in the absence of true leaders of the popular opposition, who were in Shah’s political prisons.
The real goals of the Iranian people to achieve human rights, democracy and freedom were diverted, and the clerical regime, or Islamic Caliphate was built.
The new regime engaged the Iranian people in a war with Iraq that lasted 8 years and its result on the Iranian side was close to one million dead and injured, 3 million displaced people and extensive destruction. The regime executed more than 120,000 political and human rights activists and supporters of the People’s Mojahedin Organization of Iran, the chief constituent of the NCRI. It also imprisoned and tortured hundreds of thousands of people who stood up against and exposed these crimes.
It has been more than 30 years since the regime began abusing the banner of Islam to export to the rest of the region the same calamity that it has brought to the Iranian people. This has particularly affected Iraq, Syria, and Lebanon. The regime acted to spread terrorism and fundamentalism to destabilize these countries through wars and crises, with the help of money from Iranian oil.
Now, the NCRI and PMOI’s 36 years of experience resisting the regime and standing as its first victims is at the service of countering it.
Ms. Norouzi added: “We are now in a turning point in the policy of exporting terrorism and fundamentalism by the regime. After a quarter century, an alliance and coalition of Arab countries led by Saudi Arabia is standing up against the aggression and intervention of the regime in Yemen. This new approach has manifested itself in the ‘Decisive Storm’ operation.” 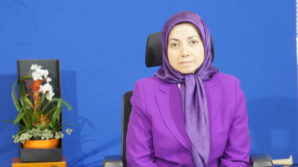 Norouzi added: “The regime has over the years planned and seriously invested in Yemen, [which] has become the priority of Ghassem Soleimani, the Iranian Revolutionary Guard Corps’ Qods Force commander, and he has dedicated most of his time to Yemen’s crisis.”
Ms. Norouzi said, according to detailed information from inside the regime, “The individual in the Qods Force who follows the Yemen case is Brigadier General Amirian. He is more than 50 years old. He is currently in Iran. Amirian was a mid-level commander at the end of Iran-Iraq war. He was also engaged in crimes in Syria and Lebanon for a period of time. In recent years, he has commanded many battles in Yemen. He had also a big role in creating crisis in Bahrain.”
In the question and answer segment, the NCRI UK representative talked about the reaction of various regime officials with respect to Yemen and answered the questions that were raised.
Ms. Norouzi emphasized that the consequences of the clerical regime’s defeat and roll back in Yemen will not be limited to Yemen and will result in a setback to the mullahs’ balance of power in the region and will have direct impact on the trend of events in Iraq, Syria, and even in Lebanon.

Norouzi cited the direct and brazen remarks of Ali Khamanei, the regime’s supreme leader who had spoken twice about Yemen in the past 10 days and said that these reactions and similar ones by the regime’s top brass indicate the Tehran was caught off guard and did not expect this course of events. She said that Tehran’s attempts to establish a ceasefire in the past few days are duplicitous and emanate from Tehran’s utter desperation to control the damage and to buy time to prevent further defeat in Yemen and demoralization of their forces there.
Ms. Norouzi said women play a key role in the struggle against Islamic fundamentalism and cited the experience of Iranian women to this effect. She referred to the unique role of Mrs. Maryam Rajavi, the president of the National Council of Resistance of Iran in waging an all-out political, cultural, and ideological struggle against the Iranian regime and Islamic fundamentalism.