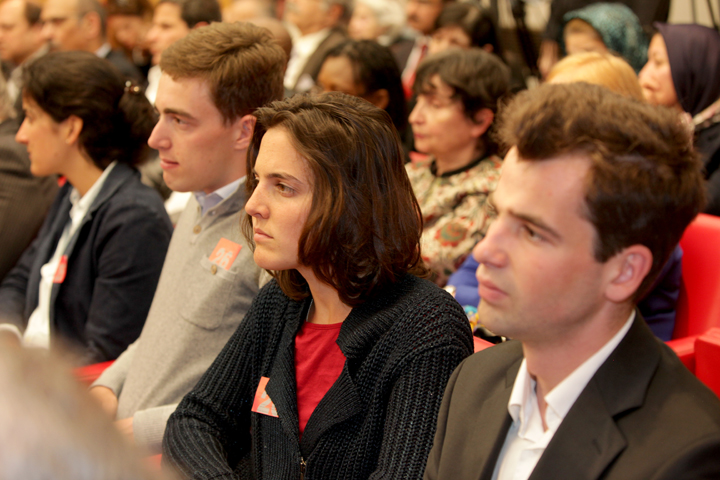 On Tuesday, the French Senate hosted a conference titled “Islamic Fundamentalism from Middle East to Europe: Challenges and Solutions.” Presenters at the event included founding members and the current president of the French Committee for a Democratic Iran, as well as several foreign dignitaries. 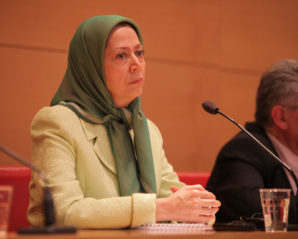 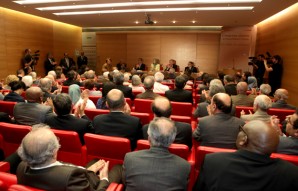 A prominent feature of the session was a speech by Maryam Rajavi, the president of the Paris-based National Council of Resistance of Iran. As the primary resistance organization against the clerical regime in Iran, the organization is comprised of a number of constituent groups including the People’s Mojahedin Organization of Iran (PMOI/MEK).

In recent years, Rajavi and the NCRI have utilized the venues of various political gatherings to advocate for a free and democratic Iran and to present themselves as moderate alternatives to the fundamentalist regime that the NCRI describes as the “godfather” of ISIS and all manner of other brands of extremism in the Middle East.

Rajavi previously made this point at a hearing of the US House of Representatives’ Foreign Affairs Subcommittee on Terrorism, Nonproliferation, and Trade. The panel discussion titled “ISIS: Defining the Enemy” was held on April 29, and Rajavi’s participation broadened the discussion beyond the specific ISIS threat, recommending that Western policy address the larger issue of fundamentalism in general, of which Iran is a major part.

At Tuesday’s conference in Paris, Rajavi outlined certain concrete steps that the West might take in so doing. She also explicitly criticized current Western policy as embodied by the administration of US President Barack Obama.

“The time has come for major powers to stop appeasing and giving concessions to this bloodletting religious tyranny, the central banker of terrorism and the world’s top perpetrator of the death penalty,” she said. “Instead, they should recognize the Iranian people’s right for resistance and freedom.”

The NCRI is notably optimistic about the prospects for regime change in Iran, to be spearheaded by the Iranian people. Rajavi told the Paris conference that the regime is “extremely unstable” and that its meddling in Iraq, Syria, Yemen, and elsewhere is aimed at falsely portraying itself as a major regional power. 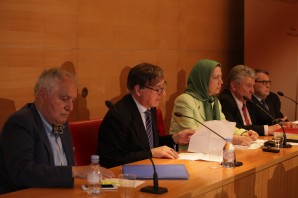 The NCRI’s position is thus that Western policies should stop focusing on the extension of Iran’s breakout period for a nuclear weapon by just another six or nine months – something Rajavi described as “not any solution for a regime that has been engaged for three decades in concealment and deception.” She also argued that the Obama administration’s faith in a final nuclear agreement that relies on “snapping back” of economic sanctions in response to any future Iranian cheating is “neither practical nor realistic.”

As an alternative, Rajavi outlined provisions that are much closer to the sort of nuclear deal desired by Israel, by Republicans in the US Congress, and by other serious opponents of the Iranian regime. This includes intrusive inspections of both non-military and military sites, as well as the retention of economic sanctions until such time as Iran is demonstrated to have set aside its nuclear program.

Short of this sort of an agreement, sanctions relief could be used by the regime to purchase advanced weapons from allies like Russia, and to expand its regional intrusions. This is something that the NCRI says must also be addressed by Western powers.

With this in mind, Rajavi’s speech underscored that the eviction of the Iranian regime from Iraq and Syria would effectively score blows against Islamic fundamentalism. And toward this end, she advocated for partnering with moderate Iraqi Sunnis to fight ISIS and empowering the Syrian opposition to overthrow the Assad regime in Syria.

The current reliance on Iran-backed Shiite militias in both of those fights has led to a situation in which the militias have committed human rights violations that have been described as being as bad, or worse than those of ISIS.