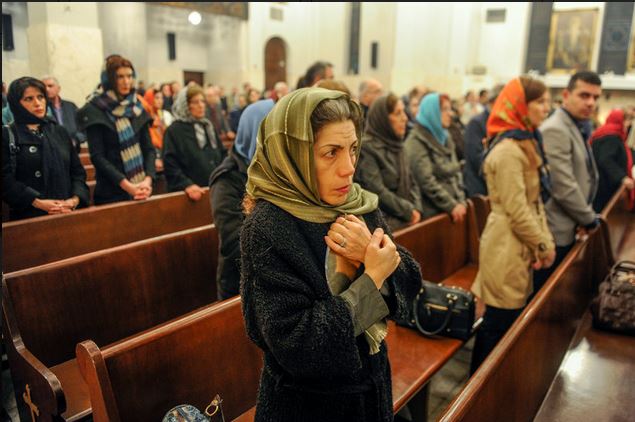 The United States Commission on International Religious Freedom (USCIRF), in Monday’s publication of its 276 page 2016 annual report says it shows ‘a road map of deterioration.’

Pages 45-49 of the USCIRF report focus on the Iranian clerical regime saying of their judicial system that it ‘continues to use its religious laws to silence reformers.’ And comments on violations of the Iranian people’s internationally-protected inalienable right to exercise Freedom of Expression and Religion or Belief; saying the values are ‘under assault.’

Under the tenure of President Hassan Rouhani, since taking office in 2013, ‘the number of individuals from religious minority communities imprisoned due to their beliefs has increased.’

The legitimacy of the regime’s judicial system is questioned by a ten-person committee, which includes as its chairman Dr. Robert P. George, Professor of jurisprudence at Princeton University.

By example the committee group talk of Sunni cleric Shahram Ahadi, who was arbitrarily detained on unfounded security-related charges and ‘was sentenced in October 2015 to death.’

Iran has an overall population of a little over 80 million, of which ‘approximately 99 percent are Muslim, segmented as 90% Shi’a and just 9% the Sunni minority.’

The report challenges President Rouhani stating that he ‘has not delivered on his campaign promises to strengthen civil liberties for [constitutionally-recognized non-Muslim] minorities’ which include Jewish, Armenian & Assyrian Christians and Zoroastrians.

The US Commission on International Religious Freedom wrote also that ‘according to human rights groups and the United Nations some 150 Sunni Muslims are in prison on charges related to their beliefs and religious activities.’

On Tuesday the National Council of Resistance of Iran (NCRI) passed comment on the report and is keen to highlight issues related to the recent easing of international trade sanctions which favor the clerical regime.

The NCRI said it is keen to “ensure that violations of freedom of religion or belief and related human rights are part of multilateral or bilateral discussions.” And also that it’s crucial “to apply pressure [on the regime] through a combination of advocacy, diplomacy and targeted sanctions.”