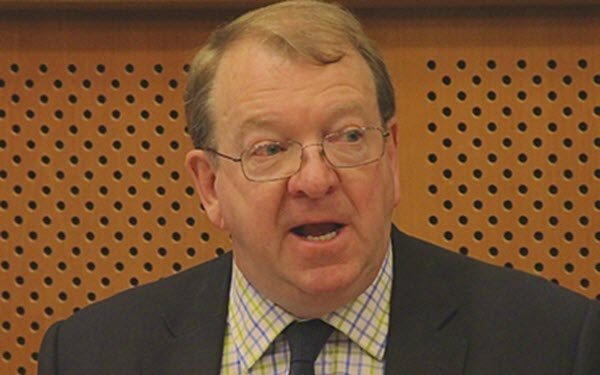 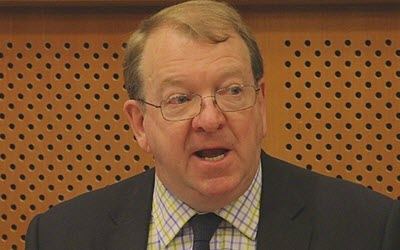 The Iranian regime’s days of aggressive expansionism in the Middle East are about to come to a juddering halt, said Struan Stevenson, President of the European Iraqi Freedom Association (EIFA). This was his message as he spoke after a lecture at the Jean Moulin University in Lyon in early February.

“New sanctions ordered by the U.S. government on several Iranian companies and individuals associated with the Iranian Revolutionary Guards Corps and its foreign terrorist wing, the Qods Force, were a warning shot across the bows of the theocratic fascist regime. President Trump has made it quite clear that he regards Iran’s recent missile test and the attack on a Saudi frigate in the Gulf by an Iranian-backed Houthi rebel suicide boat, as direct provocations and breaches of the 2015 nuclear deal, which he is not prepared to tolerate,” said Stevenson.

The Iranian regime has been setting the region on fire, so to speak, with their hands and military active in all 14 countries in one form or another. A joint study from the EIFA and the In Search of Justice (ISJ), two Brussel-based NGOs, have established that this meddling is institutionalized and the Islamic Revolutionary Guard Corps (IRGC) top brass are directly involved.

The study also showed that the IRGC has set up terrorist affiliates or networks in at least 12 regional countries. One of the most striking findings of the report was the fact that terrorist activities related to the IRGC have been carried out in 13 of the 14 countries, with Oman being the exception, due in part to its assistance to the Iranian regime in evading sanctions.

“Following years of craven appeasement by the West, the turbaned tyrants in Iran are reeling from the tough new approach by the Americans…Their pledge to deploy further ballistic missiles, which is a direct breach of the UN resolutions linked to the nuclear deal, is a huge mistake, which could cost Tehran dearly,” said Stevenson.

He pointed out that the UN Security Council urged Tehran to refrain from work on ballistic missiles capable of carrying nuclear warheads. Iran has denied that the missiles they tested were for nuclear warheads, but that they are just for defense. Members of the international community have called foul, arguing that Iran has lied before about its nuclear program. 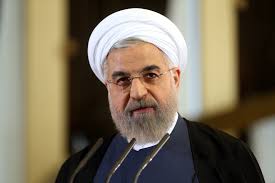 dditionally, Stevenson pointed out that Iran’s moderate President Hassan Rouhani has been in office for three years, during which over 3,000 people have been executed, even being hung in public in football stadiums. He noted that the West would have to ignore the human rights violations of Iran to exploit “rich commercial trading opportunities” with the regime.

According to a letter sent to President Trump by former U.S. officials in January 2017, “To restore American influence and credibility in the world, the United States needs a revised policy based on universally shared norms and principles reflecting the ideals of peace and justice. A policy highlighting, and demanding an end to, Iran’s domestic human rights violations and malevolent regional actions will attract broad support and generate needed leverage against Iran’s threatening behavior.”

The letter also noted that the current crisis in the Middle East, including Syria and Iraq, as well as the rise of ISIS, can be directly linked to Iran. The solution among members of the international community seems to be adopting a firm policy toward Iran, with a focus on ending their meddling in the region.

Filed under: News, Protest
Share Tweet Pin G Plus Email
previous article: How to eat like a professional athlete
next article: Is Venezuelan Vice President Tareck El Aissami A Danger To America?