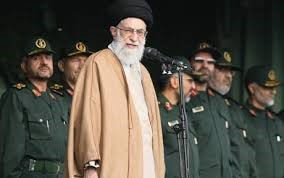 When Yemen’s Houthis, launched a missile at the holy city of Mecca in Saudi Arabia, everybody recognized it as another terror act committed by Iran. Ali Khamenei, the Supreme Leader, and the president Hassan Rouhani very often pursue their goals through their proxies in the region. This was not 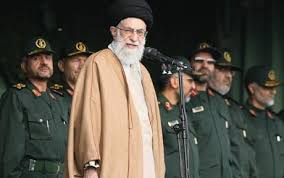 the first time Houthis fired at points inside Saudi Arabia. They aimed Mecca the “House of God”, Muslim’s holiest place on earth. A few days before this attack, Iran’s missiles hit a US warship in the gulf. We may interpret targeting Mecca is the military signal to go to war with the almighty God. The truth is that mullahs in Iran are trapped in a difficult standoff. This situation makes them look for a new disarray in Muslim world.

When Ayatollahs face internal or external political impasses they resort to chaos in the region. This has been the ultimate solution to get themselves out of the stalemate during the last 38 years. Examples are not few. A well-known victim of Iran’s foreign policy was the British Indian author, Salman Rushdie whose novel “The Satanic Verses” was “targeted” by the mullahs in Iran. In February 1989 Ayatollah Rouhollah Khomeini, issued decree against Rushdie on charges of blasphemy for his novel .The Ayatollah called for the death of the book’s author along with anyone involved in the publication. The aim was to substitute the war against Iraq with a new turmoil. Due to inconsistencies with the war, even inside the regime, Khomeini had finally accepted the ceasefire between the two countries.

US Embassy hostage taking in 1979, was another example. 52 US diplomats and citizens, working at Tehran embassy at the time, were held hostage for 444 days. The aim was to label Iran’s progressive forces, in particular, the People’s Mujahedin (PMOI-MEK) as puppets of United States and other western powers. The same brand of diplomacy continued and in recent years mobs, belonging to the Iranian regime, attacked the British and Saudi embassies in Tehran.

A third example is “sectarian wars”, by militia forces affiliated with Iran, in Iraq and its other neighbors. It became much easier for the mullahs to plunge their paws into these countries. Once Iran’s proxies bomb attacked the Shiite holy shrine in northern city of Samara in Iraq to blame it on Iraqi Sunnites. The Iranian regime has enormously benefitted from the sectarian wars in Iraq.

The long history of appeasing mullahs by the west, and in particular by the United States, has left no obstacle against Ayatollahs’ policy of terrorism and meddling in other countries. The covert war has been going on in Iran, for years, between the government and the people. What makes the mullahs really scared is the hour that their victims, the people of Iran, stand in exasperation. This causes the entire hierarchy of power to shake. The people of Iran, whose wealth has been ransacked by the greedy mullahs, consent to nothing less than a regime change. The Ayatollahs got the message, in the mass uprising of 2009, when almost the entire population rose up to disseat them.

Mullahs have always found the need to smear the internal conflict by an external event. The surge of popular discontent that will lead to a new mass uprising has augmented the fear and caused insomnia for the Ayatollahs. Supreme Leader Khamenei and President Rouhani insist on executions and the blatant abuses of human rights to curb the opposition forces. The fear, however, is real, dictators will not last long. No matter what the price will be, sooner or later this regime will be disseated by the definite mass uprising in Iran.

Hassan Mahmoudi: A human rights advocate and Social Media journalist seeking democracy for Iran and peace for the region