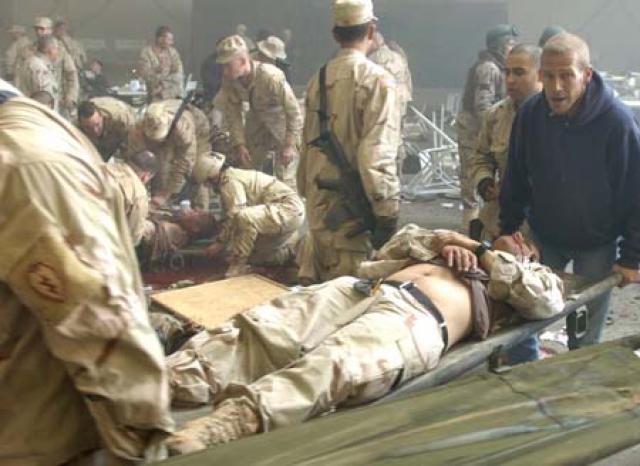 : In the northern Iraqi city of , five soldiers were killed in a suicide attack.

An explosive-laden truck breached the outer security barrier of Iraqi National Police headquarters and the attacker detonated the explosives, killing eight people and wounding 60 others, an Iraqi security official told the media.

The ministry said that those who were killed include 5 troops, 2 Iraqi Police men and an Iraqi soldier and a soldier among the wounded.

On the other hand, two individuals suspected of being involved in the attack were detained, the military said.

It is the deadliest attack on US forces since , when five soldiers were killed in a suicide attack in .

Despite a number of military operations in this volatile city during the past year, remains one of the most violent places in .

is about 420 Km north of and the provincial capital of , a stronghold of insurgents in .

Moreover, the US and Iraqi military forces plan to pull out of Mosul to allow Iraqi police to control security in the city but police are not ready yet, according to Iraqi officials.