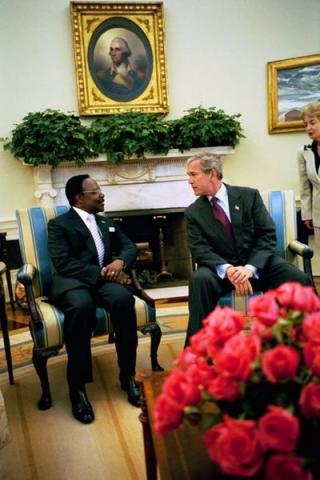 Posted by Liz Colville to findingDulcinea

Several nations long ruled by monarchies are abandoning them, many in favor of democracy. Other dictatorships have weakened. But a few strongholds of absolute power do remain.

Many countries long seen as oppressed have been freed recently from the dictatorial grasp of their leaders, indicating that absolute power as a governing practice is waning around the world.

Some leaders, like the king of Tonga, have given up their powers in the name of democracy. Others, like Saddam Hussein of Iraq and King Gyanendra of Nepal, were forcibly removed from power, leading to parliamentary systems in both countries’ cases.

But as long-held absolute power structures are abandoned in several key places, many countries remain in transition, with the future of the countries’ ruling structures hanging in the balance.

In Cuba, Raul Castro, who succeeded his brother Fidel as president, has imposed reforms that have heralded economic change for the island nation. The Cuban reforms center on agriculture, and are helping to “allow more privately run farming,” according to the BBC. But the BBC report on Raul Castro’s first months in office concludes that no one should “expect the state to give up its overwhelming control over the lives of its citizens any time soon.”

Italy also finds itself in something of a transition after Prime Minister Silvio Berlusconi’s reelection, which so far has been marked by a targeting of the country’s gypsy, or Roma, population, according to the Atlantic Monthly. And in July, Italy passed new legislation that “grants political immunity to the incumbents of Italy’s four most powerful positions: the posts of prime minister, president and the speakers of the two parliamentary chambers,” France24 reported. Critics say the bill, which was “vigorously opposed” by Berlusconi’s left-wing opposition, gives the Prime Minister a “get out of jail free” card.

African countries like Gabon and Sudan continue to be ruled by one long-standing leader. Omar Bongo of Gabon is the longest-serving nonmonarchical leader in the world, having been in office for 40 years.

Sudan’s President Omar al-Bashir is at the helm of a regime widely believed to be responsible for the displacement and death of millions of people in the country’s Darfur region. The International Criminal Court sought the arrest of al-Bashir in July of this year on war crimes charges directly related to the conflict.