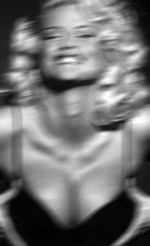 Does the media obession with Anna Nicole Smith really extend much further than getting ratings and giving them the best excuse to splash cleavage on TV since the Tara Connors rehab story?

I’m conflicted on this now because there are so many real questions about her death that remain unsolved and just as many questions about her life to provide enough speculative fodder for the media to keep us all busy for months and possibly even years to come.

Why not jump in?

Consider the unanswered questions regarding the legality of her marriage to Stern, the paternity of her daughter and whether or not she left a will and you have only just begun.

Show me the money

Anna married a wealthy 89 year old oil tycoon named J. Howard Marshall when she was 26. Marshall died 14 months later and litigation over his estate and how much, if any of it should be left to Anna has been in litigation ever since.  The case has not been settled and could be continued by the executor of her estate. It could be worth as much as 88 million to Anna’s estate, or nothing at all.

Then there is her mansion in the Bahamas, the ownership of which is also in dispute.

Show me the baby

There are currently 3 men, including Stern, now claiming paternity of Dannielynn. Throw in one report that claims Anna may have frozen the sperm of her late husband J. Howard Marshall sometime before his death and may have used it to become pregnant.

Because Anna died in the Seminole Hard Rock Hotel and Casino, the Seminole Police, not the local Florida police, have jurisdiction because the hotel is on Indian land. I don’t know what experience the Seminole police have with murder investigations, but it seems to be another very interesting twist on things.

Seminole Police Chief Charlie Tiger, who is leading the police investigation says "at this point no evidence has been revealed that a crime occurred." Maybe I’m a victim of watching too many crime stories on TV, but isn’t that exactly what the killer wants you to believe?

I’m sure there will be no shortage of coverage on this story, and plenty of opportunities to broadcast titillating images of Anna while commentators discuss the issue on TV for a long time, but the case itself is interesting if only for all of the unanswered questions that remain and the millions of dollars worth of motive to kill her.

Filed under: Media & Tech
Share Tweet Pin G Plus Email
previous article: Investment Trusts
next article: How much tax should we pay