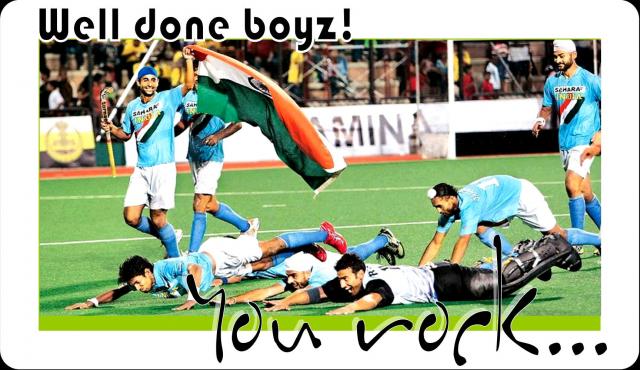 The yesterday’s win of the coveted Sultan Azlan Shah Cup comes as great news for all the die-hard Indian hockey fans who had patiently waited for almost 2 years for this great day to arrive. Looking at the matches that the Indian hockey team fought through to finally lift the coveted cup, makes one think whether it is finally the revival of the old magic that the stick magicians from the subcontinent were able to exhibit by almost bamboozling their opponents with near flawless stick-work and precision player to player marking during the golden days of the shining India era.

lifted the Azlan Shah Title after a gap of exactly 13 years. It is a period which saw many ups and downs in the fortunes of Indian Hockey at the world stage; and also saw the iconic era of the mercurial centre-forward Dhanraj Pillay, and his continuous quest to single–handedly raise the flagging moral of the hockey team plagued with politics and group lobbying, which also saw the exit of K.P.S. Gill as the Indian Hockey Chief.

Hopefully, this much awaited win will act as a boost in the arm for the earlier sagging graph of the Indian Hockey; and will continue to steer our boys to reclaim the lost glory of our country in this game.