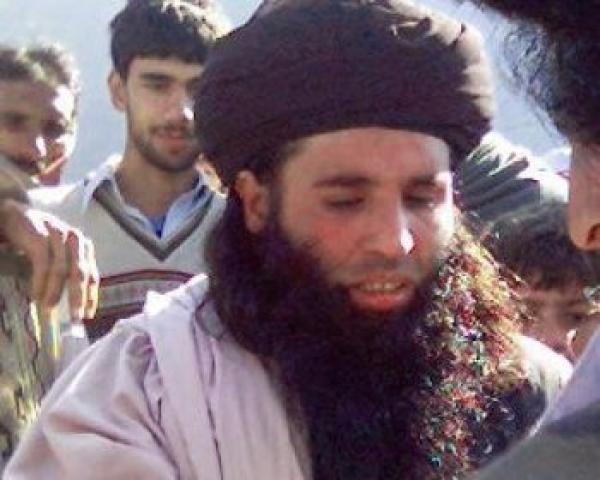 Mullah Fazalullah, Popularly known as Mullah Radio or FM Mullah is under arrest. Mullah Fazalullah was Amir of banned Tehrik e Taliban Swat. An important source has confirmed arrest of Fazalullah.  According to sources he was arrested more then a week ago, from some where between CHARBAGH –MANGALWAR area.

Security forces have gained some vital information regarding Fazlullah’s hideouts from Muslim Khan who, sources said, is ’singing like a canary’.

Khan has reportedly disclosed the whereabouts of some of the top commanders of the outfits and their most secret dens.

Insiders said Khan had been to broker a deal with the security forces in which he and his family would be spared in lieu of helping the authorities lay the dragnet around Fazlullah’s neck, The News reports.

Pakistani security sources later said Fazlullah, known as "Maulana Radio" for his charismatic broadcasts which helped the militants’ rise to power in Swat, was already in custody, but his arrest would not be officially announced until early next week. They said he had been captured in the Gat Piochar area, but it remains an unconfirmed report.

After the United States invaded Taliban-ruled Afghanistan in November 2001, Fazlullah accompanied his father-in-law and several thousand TNSM members to fight against the Americans and their Northern Alliance allies. But the largely untrained TNSM volunteers and other Pakistani jihadi groups were routed. Fazlullah and his father-in-law narrowly escaped, returning to Pakistan only to be arrested. Fazlullah was bailed out after spending 18 months in the Dera Ismail Khan jail, but Maulana Sufi Mohammad remained behind bars after refusing to apply for bail from Pakistan’s British-style courts, which the TNSM leader regarded as un-Islamic.

In 2004 Fazalullah opened an illegal FM radio and due to his oratory skills succeeded to gather a big audience.  Fazalullah preached extreme Takfiri ideology. Banning every thing he thought non Islamic. He even banned Polio vaccination in valley. He has big impact in rural areas and in women who gave him their money and jewelry genourously for his Madrasa in Imam Dheri area.

In 2007 he joined Tehrik e Taliban and Became Amir of TTP Swat.  He gradually started challenging writ of the government and to implement his version of Islam on Masses which resulted in Army operation against his out law out fit.

Battle of Swat began on October 25, 2007 and involved the Pakistani Army and Taliban-led forces in a fight for control of the Swat district of Pakistan. Between October 25 and November 7, 2007 the militants quickly seized control of the region. On November 15, a Pakistani offensive commenced. Pakistani forces successfully captured Valley but stopped operation for negotiations with Taliban in Feb 2009. Taliban in this era of Negotiations regrouped and re entered areas from where they were flushed out.

Second for Swat begun in May 2009. This new operation was coded as operation Rah e Rast this time government played with strategy. Before the start of operation they enforced Sharia in the Valley, which was demand of People since 1969 after Swat Joined Pakistani Union. Enforcement of Sharia took Away support from Taliban and when operation commenced the situation was different from the situation during first operation.

2.      If you don’t want to throw weapons fight and get killed without mercy.