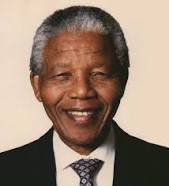 Former president of South Africa, Nelson Mandela is one man you cannot ignore. He is a respected world leader. A man, whose thoughts, words and deeds are profoundly humanistic.
Presently, Mandela is down with lung cancer and the entire world is confused, prayerful and hoping that he will come out of the hospital alive. This is my honest, sincere prayer for him. I respect and adore him.
But, medical doctors and the South African government seem to be speaking in tongues, passing the buck, or playing a hide-and-seek game with the health condition of this humanist of a man.
Jacob Zuma, president of South Africa told the world when Mandela was rushed to hospital that the oldman is in stable, but critical condition. How on earth can a sick person be stable and be in critical condition at the same time?
I guess the South African government was trying to give the world a positive picture, since Barack Obama, president of the United States was due to visit African countries. I may be wrong, I may be right.
Obama actually met with the family members of the ailing statesman without seeing Mandela at the hospital. This is what the media reported, even as South Africans protested the visit of Obama to their country.
Between then and now, the story has changed to Mandela living on life support machine, the politics of the family members dragging themselves to court over issues relating to exhuming the corpses of Mandela children as well as burial site.
Who is telling the world the truth? Just yesterday, the media reported that the ailing former South African leader was in a vegetative state. The doctors, according to media reports advised the family members should switch off the life support machine, so that the oldman will go.
Just this morning (Saturday), I got an alert from one of my many news sources that doctors have rejected advising that the life support should be removed to allow the organs to finally collapse.
Mandela was born in South Africa. He suffered for years and eventually succeeded in serving his country as president. He is a citizen of the world and a humanist to the core.
Therefore, the government of South Africa and the family of the statesman has a duty to tell the world the truth, the whole truth and nothing but the truth on his true health condition. If the man has passed on to higher service, let the world know.