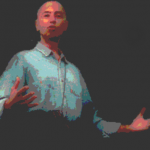 This week, Ergon, one of the leaders of the anti-Amanda Knox hate group, Perugia Murder File (PMF), posted an email that he claimed to receive directly from Prosector Giuliano Mignini. Ergon also claims to have met Mignini in person while he was visiting Italy this past March.

Giuliano Mignini is the controversial prosecutor that dreamt up a satanic ritualistic murder fantasy in order to secure convictions against Amanda Knox and Raffaele Sollecito in December of 2009, for the murder of Meredith Kercher.

In October of 2011, Knox and Sollecito were exonerated on appeal and were released from prison. In March of this year, the Italian Supreme Court overturned the acquittals and ordered a new trial which is set to begin in Florence, Italy, at the end of this month.

Giuliano Mignini’s involvement in the Knox and Sollecito case did not end with the conclusion of the first trial. He was actively involved in the appeal that concluded in 2011, and is currently involved in several defamation lawsuits pertaining to the case, including lawsuits against Knox and her parents.

Why is Giuliano Mignini corresponding with an anti-Amanda Knox hate group while he is currently involved in pending legal matters involving Amanda Knox? Is Mignini feeding information to the group to help fuel their campaign against Knox? Is this conduct appropriate  for a prosecutor?

The activities of the anti-Amanda Knox hate group have been well documented. PMF claims to be devoted to truth and justice for Meredith Kercher. At least that is what the original PMF website claims. PMF members now gather on two different websites because they can not get along. Unfortunately, the group’s tag-line is deceptive. The truth is PMF uses Meredith Kercher’s name as a cover while dedicating their time to spewing hatred at Amanda Knox, Raffaele Sollecito, and anyone that supports their innocence. 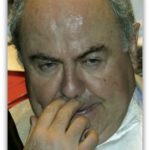 There is no doubt that Mignini would  know who he was feeding information to. Best selling author Douglas Preston recently released an Amazon Single titled “Trial By Fury: Internet Savagery and the Amanda Knox Case,” in which Preston goes into great detail about the hate group.

Author Nina Burleigh detailed her findings, and described the attacks made against her by the hate group, in her article titled: “The Amanda Knox Haters Society: How They Learned to Hate Me Too.

I also detailed their activities in chapter nine (The truth behind the hate campaign against Amanda Knox) of my book “Finding Justice in Perugia.”

If this newfound information is true, it would not be Mignini’s first incident of leaking information in an attempt to sway public opinion.  While Amanda Knox was in prison awaiting trial, Mignini’s office leaked a series of lies to the press that were designed to damage her credibility. There is also proof to suggest that Mignini systematically leaks information to journalists that he knows will report in his favor.

Mignini has a history of misconduct that dates back to the Monster of Florence case. The case involved a series of murders that occurred in Italy during the‭ ‬1970s and 80s. Mignini was convicted for illegally investigating journalists by use of illegal‭ ‬wiretaps. Mignini also illegally created investigative files for his targets. The court determined that Mignini was attempting to “harass and intimidate” people who had criticized him for his conduct. Mignini’s conviction was later overturned on a technicality and sent to another court for possible retrial. The case is still pending.

Mignini continues to harass journalists that report negatively on his work. He most recently targeted Frank Sfarzo, a freelance journalist that highlighted Mignini’s misconduct while reporting on the Meredith Kercher murder. Mignini had Sfarzo’s blog taken offline and charged him with defamation. Sfarzo has a hearing in November. If found guilty, he will be ordered to pay damages directly to Mignini and could face jail time. The Committee to Protect Journalists was appalled by Mignini’s egregious abuse of power,  prompting them to write an open letter to Italian President, Giorgio Napolitano, stressing the need to protect journalists from abuse.

Even with Mignini’s history, one has to wonder why the prosecutor would want to take the risk of being associated with a man like Ergon. Ergon’s real name is Naseer Ahmad. While not moderating his hate forum, he spends his time leading his disciples on his blog, “Man from Atlan.” You see, Naseer believes he is God. In fact, he boldly proclaims himself to be “the Messiah Jesus Christ.” 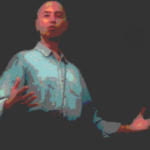 The home page of Naseer’s website states that: “Naseer Ahmad is a teacher who has traveled many years, come quietly among you for those who would choose. He heals not only through his hands and presence and the peace he leaves behind; he has also met each being on this planet through the transmission of his energy across the parallel dimensions of time and space. The website goes on to say: “He is Krishna, Kalki, Imam Mahdi and Messiah, Jesus Christ. And more.”

Naseer claims to have followers all over the world. As stated above, he refers to these followers as disciples. Naseer makes it clear that he believes he is God in this statement to his disciples:  ‘Know this: I have helped, people in the thousands, in the millions through spirit. They met me, and knew I was the voice they heard, the spirit they felt, that came to them when they were thirsting. Whether some believe or do not believe is not up to me. But yes, my friend, what you felt was me, helping you that day. God does help. This is what I do.”

Naseer claims to possess great powers including the ability to heal the sick. In this blog excerpt he explains how he cured a woman that came to him in her time of need: “A woman who’d been told she had a tumor in her liver which was so large it might rupture and required immediate surgery or she would die came to see me instead and she called back this month to say the latest MRI showed the tumor had disappeared!”

Naseer claims to have the power to keep people alive and also claims to have the ability to send them to Heaven. He tells a story of a Polish woman whose husband was dying of cancer. Naseer knew she was unable to let go of her husband so, according to Naseer, he “kept him alive,” and he was the “only one who could relieve his pain.” One day Naseer decided that it was time for the man to die, telling the woman “ you must let him go.” Naseer then tells his readers that the man “died within the space of a few hours after I saw him.”

Naseer also tells a story about a Polish Canadian friend of his that finally had to let go of her mother. Naseer claims to have kept the woman alive for ten years. Once again, just as he did with the Polish woman’s husband, Naseer decides when it is time for his friend’s mother to die, declaring: “I said enough, she wants to go, and she passed away today.”

According to Naseer, he also decided when it was time for Terri Schiavo to die. Naseer writes: “I was in England in 2005 when the Terri Schiavo case gripped the nation. She was in a lengthy coma, with most of her brain destroyed. Her parents were fighting to keep her on life support, while her husband wanted to pull the plug and let her die.” According to Naseer, he took matters into his own hands, stating: “I said enough was enough, and helped her spirit pass on. She died that evening.”

It should be no surprise that Naseer also claims to have the power to control the weather. On his blog, Naseer recalls a conversation where he was called on to prove his claims, writing: “Some one, reading my previous article The Costa Concordia Tragedy, asked if I really believed that my meditations controlled the weather? I told him to ask the question again and then, shortly after, we had a huge storm that blanketed the area.”

Naseer also describes a time when he changed the weather just so one of his disciples could have a pleasant vacation. According to Naseer, a disciple called him to let him know she was going to Jamaica with her husband. She was concerned about the hurricane and the weather and was hoping Naseer could assure good weather for their trip.  Naseer claims to come through for his loyal disciple, stating: “ Yes, I can, and it’s already stopped raining in Kingston, Jamaica that I can see from the Weather Channel. Yes, I can do miracles.”

Many of Naseer’s blog posts are disturbing, but his claims regarding natural disasters top the list. In this excerpt, Naseer suggests that his meditations have led to natural disasters designed as wake up calls. Naseer writes: “I hold at least four meditations a year. They all have a specific focus on trends that are coming into play, but, they also are earth healing exercises. And the sad thing is, as I said so many years ago, that if earth changes and disasters are needed to wake people up, then let it happen. They are messages for people, and if they do not listen, so be it. The floods in England, the earthquake in Haiti, the Fukushima disaster, were all preceded by my meditations, and written about here.”

Believe it or not, Naseer is also an astrologist. I am not sure why a man claiming to be God would need astrology, but Naseer often looks to the stars for guidance. In fact he was able to use astrology to convince himself that Amanda Knox and Raffaele Sollecito were guilty of murdering Meredith Kercher. Naseer writes: “The day of the murder saw widespread stressors on all their horoscopes which would lead to murder, detection, conviction and imprisonment. The Astrology even shows Raffaele‘s drug dependency and mental confusion on the night of the murder, the conflict between Amanda and Meredith, and the violence and rage that simmered just below the surface of Amanda Knox‘s psyche.” He goes on to say: “And the night of the murder, November 1, 2007, saw Saturn and Venus in the house of emotional excess, Uranus in the house of sudden death, and Jupiter/Pluto, in the sexual house, in an almost exact T-Square to each other. The close conjunction of Pluto to the Milky Way‘s Galactic Center shows the potency of this murder in attracting the public imagination, and also, the trigger for the murder. “

As disturbing as it may sound, it is quite possible that Giuliano Mignini’s association with Naseer Ahmad could entice him to look to the self proclaimed Messiah for guidance. Why would I suggest such a thing? Well, it would not be the first time that Mignini sought advice from a lunatic.

Douglas Preston and Mario Spezi discuss Mignini’s involvement with a conspiracy theorist named Gabriella Carlizzi, in their book Monster of Florence. Carlizzi believed that a satanic cult known as the School of the Red Rose was behind the Monster of Florence killings. Mignini looked to Carlizzi for answers while investigating the Monster of Florence case. He would later make the ridiculous claim that the victims were murdered so that their body parts could be used in rituals by satanic cults. Sadly, Mignini’s fantasies would take center stage once again when investigating the Meredith Kercher murder.