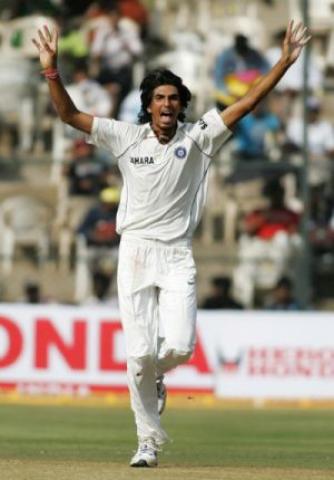 "I will always reckon that if I could have got through just one more over in our second innings, then we might still have won," says Ponting in his ‘Captain’s Diary 2008’.

"Tall, lean, ultra-impressive Ishant Sharma, playing just his fourth Test and still eight-and-a-half months short of his 20th birthday, had bowled an awesome spell to me: seven overs when he was fast, aggressive and relentless, where I never felt as if I was truly ‘in’," he said.

"But even with his heroics, we were 2-117 seeking 413, I was 45 not out, Mike Hussey was 26 not out and I sensed Sharma was about to be taken off. However, Kumble gave his teenage quick one more over. First ball, I pushed forward at a delivery that fizzed through and edged a straightforward catch to Dravid at first slip. From then on, whenever we seemed we might be a chance to reach our imposing target, we faltered," he added.