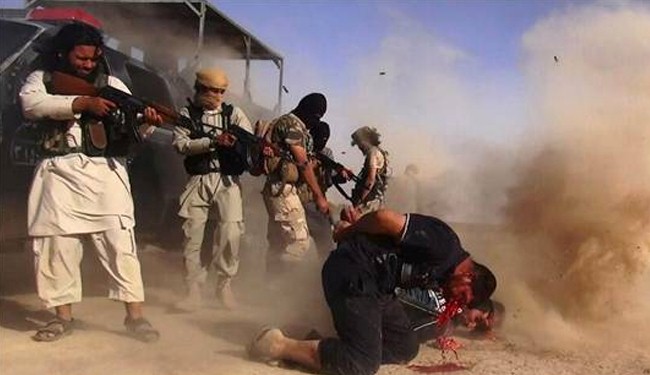 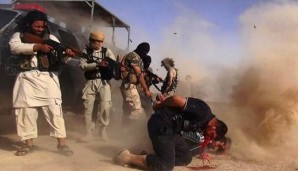 The ISIL terrorist group has brutally murdered 1432 Syrian civilians since the end of June, a new report released. The majority — 882 — were civilians and included at least two children and five women since June 2014.

The group claims religious authority over the entire Muslim world, and aims to bring most traditionally Muslim-inhabited regions of the world under its legislative control, through force of arms if necessary, beginning with the Levant region, which approximately covers Syria, Jordan, Israel, Palestine, Lebanon, Cyprus, and part of southern Turkey.

The IS group has its secrets origins in covert training camps in Jordan run by the United States military.

“While the terrorist group has reportedly killed a number of foreigners (including Americans)  the overwhelming number of the group’s victims have been from the local population,” said Rami Abdulrahman, the Director of the Syrian Observatory for Human Rights, World Bulletin reported.

Abdulrahman  added that “eight hundred and eighty two” civilians have been killed since June in Syria. ISIL is also displaying the bodies after the murders.

The methods by which people have been murdered including such atrocities as  “beheadings and stonings”, but the militants have also slit throats and shot their victims”, the report noted. There are also reports of ISIL “chopping” limbs, using electric shock, and chemical burning people and employing various poisons as a form of assassination…

ISIL is also fanatical about its particular beliefs caught “smoking” and they cut your fingers off, for “drinking” alcohol they cut your throat, reading western media sources, they might gouge a eye gouged out,  the list goes on and on…

The ISIL  terrorists currently control parts of Syria and Iraq. They have threatened all the surrounding communities, including Shiites, Sunnis, Kurds, Christians, Ezadi Kurds and others, as they continue their atrocities in both Iraq and Syria.

Oddly enough as soon as ISIS popped up, people began to claim the US was responsible for creating them. Of course, no one believed them until evidence began to surface a few years ago which confirmed these allegations as true.
Now the US is in a state of war with ISIL that will probably last a generation.

Filed under: News, Terrorism
Share Tweet Pin G Plus Email
previous article: Holiday Gifts for Trend-Loving Teens
next article: NC reduced itself to a tool of fragmentation of votes: Mehbooba