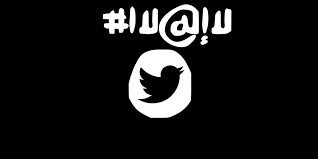 On February 23, 2015 Rep. Ted Poe of Texas asked for and was granted permission to address the United States House of Representatives for a few minutes to address the issue of ISIS recruitment on social media:

“Mr. Speaker, this week we learned that three British school girls between the ages of 15 and 16 left their families and have gone to fight with ISIS in Syria.

How were they recruited to join? Well, apparently through social media. And they are not alone. Terrorists have used Twitter to radicalize thousands of young impressionable minds throughout the world and recruit new jihadists. They have also used it as a way to fundraise millions of dollars for their reign of terror. ISIS also uses Twitter to broadcast its barbaric acts and propaganda to the world.

On February 3, ISIS tweeted a video of its evil, horrific burning of a captured Jordanian pilot. Last August, when ISIS released a gruesome beheading of American journalist James Foley, it did so on, yes, Twitter. There are many more examples.

Why are American companies and the U.S. Government allowing social media platforms to be hijacked by terrorists? Some suggest that if the U.S. Government were to shut down terrorists’ social media accounts, such measures would be violating terrorists’ free speech rights. They are wrong. There are no constitutional protections to those who incite violence. No one supports the Bill of Rights more than I do, but free speech has its limitations, just as there are no constitutional protections for child pornography.

Terrorists should not have access to an American-controlled social media platform so they can kill, rape, pillage, and burn. There is precedence for this position. The Supreme Court has already ruled and held in the case of Holder v. Humanitarian Law Project that if someone has aided a designated Foreign Terrorist Organization, they do not have constitutional protections of free speech.

The sad reality is that today, there are more terrorists using social media than ever before. Private American companies should not be operating as the propaganda mouthpiece of designated foreign terrorist organizations.

Mr. Speaker, during World War II, we never would have allowed America’s foreign enemies to take out ads in The New York Times recruiting Americans to join the Nazis and go abroad and fight and kill Americans. Today is no different. Social media companies need to do more. Private companies not only have a public responsibility but a legal obligation to be proactive.

Section 219 of the Immigration and Nationality Act states that it is unlawful to provide a designated Foreign Terrorist Organization–like ISIS–with “material support or resources,” including “any property, tangible or intangible, or services.” That is about as comprehensive as you can get. You don’t need to be a law school professor to understand this law actually applies to Twitter.

It is mind-boggling to think that those who behead and burn others alive are able to use our own companies against us to further their cause. This is nutty. But that is exactly what is occurring. As a result, there are more than 15,000 foreign fighters, many of whom have been radicalized online, now fighting in Iraq and Syria. That is more than there were in the 14 years of war in Afghanistan.

Designated Foreign Terrorist Organizations should not be allowed to use private American companies to reach billions of people with their violent hate propaganda and recruitment. It is time to put a stop to this. It is time for Twitter to take down terrorists’ accounts.”

See related video: The ties between Twitter and terrorism https://www.youtube.com/watch?v=-1wPvdUyIxA

Filed under: News, Terrorism
Share Tweet Pin G Plus Email
previous article: Did Flaws Cause Demise?
next article: “There are only 4 days left until the Department of Homeland Security shuts down”, warns Rep. Kildee