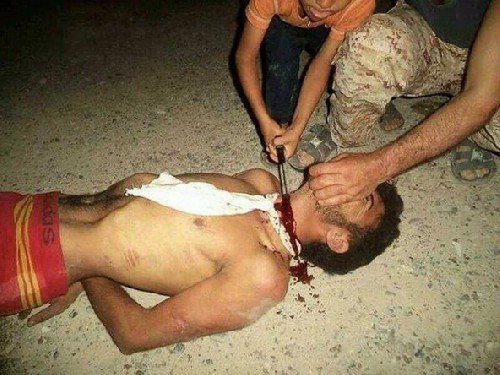 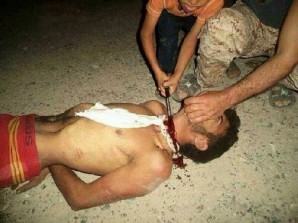 Training up the next generation of psychopaths and murders in Iraq and Syria.

On November 18, 2014 Rep. THOMPSON of Pennsylvania asked for and was granted permission to address the United States House of Representatives for 5 minutes to discuss the IS terrorist group:

“The Chair recognizes the gentleman from Pennsylvania (Mr. Thompson) for 5 minutes.

Mr. THOMPSON of Pennsylvania. Mr. Speaker, I rise today to offer my deepest condolences to the parents of Peter Kassig, a former Army Ranger, Iraq veteran, and humanitarian aid worker who was murdered in cold blood by mass cowards, representing the so-called Islamic State of Iraq and Syria.

These barbaric acts are those of cowards who have unleashed terror throughout the desert in western Syria and northern Iraq. They have massacred entire villages, beheaded families, and sold women and children into slavery. ISIS blows up history it does not agree with and sells artifacts to fund its rampage.

Now, I condemn this attack and all attacks against the innocent and call for neighboring countries to become more actively engaged in defeating this threat. Not only is ISIS a threat to stability in the region, acts like these have shown that they are a threat to peace-loving people across the globe.

They have brainwashed thousands of young individuals and have set their eyes on preparing a new generation of terrorists. Last week, ISIS even announced a partnership with al Qaeda.

To quote Ed and Paula Kassig, Peter’s parents, “Good will prevail.” Fortunately, some have stepped up to fight the spread of ISIS. Our brave men and women in the U.S. Air Force and Navy have led an incredible and efficient bombing campaign against ISIS targets, halting their advance.

Kurdish Peshmerga forces have gained ground and have been an effective fighting force. Iraqi forces have organized and began an offensive to retake lost territory. There has been progress, but more needs to be done to secure the region.

Despite clearly evil acts by ISIS, there are good people pushing back who have risked everything to help those most affected. Aid workers and volunteers have gone into the war-torn portions of Syria and Iraq to help provide assistance and hope to those most affected. These workers have provided food, water, first aid, and support.

Peter Kassig did the right things. He helped the helpless. He aided the deprived. He treated the wounded. Because he did these things, Peter and others became targeted by ISIS.

We should look at the examples set by Peter Kassig and not forget the selflessness he embodied.”

Filed under: News, Terrorism
Share Tweet Pin G Plus Email
previous article: Nuclear deal with Iran would mean “a profound reduction in the decades long tension between Iran and the US”, says Rep. McDermott
next article: Federal government still refusing to allow physicians in the VA to be able to prescribe medical marijuana to veterans suffering PTSD