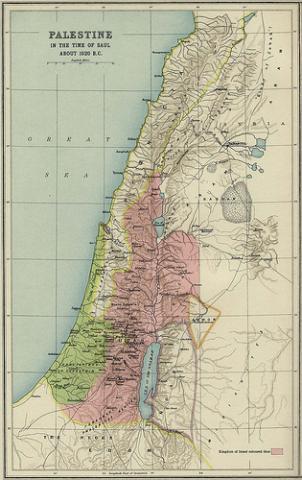 The Israel government has defended its harsh actions against the Hamas-led government in Gaza Strip, even as it already eased blockade on the flow of relief goods and commodity supplies to the coastal enclave of 1.5 population.

The temporary blockade has drewn negative reactions from the European Union, the United Nations, the Egyptian government, and the Arab League, which saw the move of Israel as inappropriate.

After sending the enclave’s homes in total darkness and cold nights due to the shutting of its power plants, Israel Defense Minister Ehud Barak has authorized the immediate shipments of  enough fuel to run its power plant for a week and the hospital generators for three days, as well as cooking gas and 50 truckloads of food and medicine, newswires reports said today.

However, Israel officials have warned Hamas that the continuous flow of goods into Gaza would certainly depend on the population’s humanitarian needs and as to whether Hamas extremists would continue firing home-made Kassam rockets into the western part of Israel that includes the Negev region.

Israel Prime Minister Ehud Olmert was quoted as saying that Gazans could live in peace and comfortable life if the Kassam rockets would stop hitting some communities in southern part of Isarel.

Reports said that Israel stopped the flow of commerce to Gaza after the Hamas had taken control of the Palestinian territory and started arresting the security forces loyal to Palestinian Authority President Mahmoud Abbas.

As this developed, confusions over the issue of opening up one of the borders in Egypt has put the Egyptian government in uncertain position. President Mubarak did not like the idea of the Hamas request to open up its border so that flow of

commodity goods could resume into Gaza. The Egyptian leader has expressed fears that Hamas militants may sow terror once they are inside Egypt, that led him to tighten the border with Gaza.

It is ironical to know, however, that President Mubarak is asking Israel to stop its agression against the Gazans when his government doesn’t even acknowledge the humanitarian needs of the Gaza population by welcoming them to its border.

Against the wishes of international observers, it seems the Hamas group is capitalizing on the humanitarian needs of the population as a means to solicit international outcry and political intervention. But the way it looks, Hamas interest is not really on cementing harmony with Israel but to its destruction, a move that the Israel government resents a great deal.

Filed under: Politics
Share Tweet Pin G Plus Email
previous article: Fred is out, is Rudy next?
next article: UNHCR staff exposed to danger