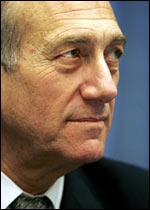 Last week a gaggle of awkward political bed fellows turned up for the Kadima party’s first annual conference. With no clear manifesto on domestic issues, and no consensus on how to handle the countries many security quandaries, Kadima is symptomatic of the national disorientation that is prevalent in Israel today.

Israel‘s political ‘big bang’ saw MK’s ‘cross the floor’ faster than a U.S line dance troupe. Likud fell apart, Labor shrunk by a third, Shinui went kaput and Meretz took a beating. The religious blocks formed coalitions, and yes, even Shas felt the heat. Party leaders are generally too pre occupied with curbing infighting and holding onto power. However, the nation’s lack of confidence does not owe to the political fall out alone; accusations of political corruption are also now as frequent as the buses, which if anything sadly, is a tribute to Egged.

All that’s preventing a wider public outcry is a lack of any obvious leadership alternative and a case of sheer exhaustion. Just as the forests of the north were scarred by the war this summer, don’t think for a second that the people here are any different. Couple the war with the kidnappings, rockets, political instability and turbulence; in short, Israel has witnessed a year that most countries don’t see in a decade.

So clutching at straws for inspiration, maybe it’s time we looked away from the Knesset for some new ideas. Plato first observed that those who shun power are ironically best fit to lead.  So in this vain, why not take a look at a sprinkling of Israeli personalities who have recently left the corridors of power. Their rhyme and reason could well provide some coping and steadying strategies while the nation catches its breath.

First up, famed soviet refusenik MK Natan Sharansky, disillusioned with the leadership of the country, quit politics last month to head up a political think tank in Jerusalem. As the old maxim goes, ‘if you don’t know where you’re going, any road will take you there.’  The Russian ideologue ditching a role in a weary opposition government for the tranquillity of his study.

Another public figure stepping out of the limelight is former Labor leader Amram Mitzna. The once highly acclaimed Mayor of Haifa suffered electoral defeat to Ariel Sharon in 2001 and subsequently faded into the Knesset background as a legislator battling for social reform. Frustrated by the stifling bureaucracy of national governance Mitzna bowed out and returned to local leadership as Mayor of Yeroham, one of Israel’s poorest and least developed towns. Lesson number two: when the bigger picture isn’t coming right, strengthen rather than weaken the investment in the local and community agenda.

Lastly, well known Israeli educator and TV personality Rabbi Mordechai Elon who, suffering from exhaustion, left the public arena this year for a sabbatical to recoup. Rabbi Elon was widely rumoured to have slept less than four hours a night whilst delivering dozens of speeches and classes every week across the country. Taking heed of our physical limitations is therefore a third lesson paramount for a nation effectively robbed of its summer.    So there you have it: ‘reflect, reinvest and lastly, take a break.’  Meet the all new State of Israel a whopping great health farm on the shores of the Med’.

Take this with a pinch of salt, nothing’s ever that simple in reality, but the message is serious. A year ago, over a third of Israelis absolved themselves of thinking about major issues, placing unstinting faith in Ariel Sharon. Now as Kadima celebrates a first anniversary, the bad news for Ehud Olmert is that with an Israel gradually reclaiming its voice and a trigger happy Iran for a neighbour, the demand for effective and convincing leadership will soon become too heavy to ignore.