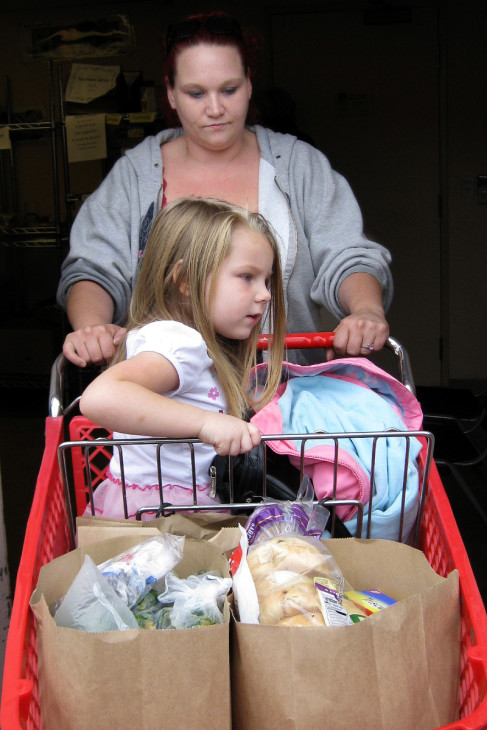 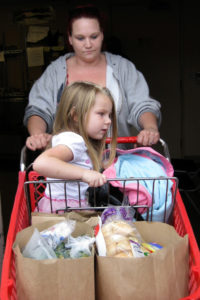 “It is a failure of this institution and our government as a whole that we still tolerate incredibly low wages so that people are forced to choose between rent and food, clothes and food, utilities and food”, said Rep. McGovern. Picture here: Food stamp mom struggles to feed her children on her current allotment of SNAP benefits.

On April 10, 2014 Rep. Jim McGovern of Massachusetts asked for and was granted permission to address the United States House of Representatives for 60 seconds regarding food insecurity in America.

What he said was absolutely hocking:

“Mr. Speaker, every year we celebrate Easter and Passover, in part, with food. Yet for millions of Americans, putting food on their tables this holiday season is no different than any other day. It is a struggle at best, and a failure at worst. It is a failure of this institution and our government as a whole that we still tolerate incredibly low wages so that people are forced to choose between rent and food, clothes and food, utilities and food. We can do better.

We need the White House to step up and own this issue. They can start with a White House conference on food and nutrition.

Mr. Speaker, even though millions struggle with hunger, there are good souls out there who are trying to help. I want to highlight one Good Samaritan who paid for the groceries of a young woman named Andrea who was just trying to feed her kids. When Andrea exhausted her SNAP benefits at the grocery store, an unnamed woman in line gave her $17.38 so that she didn’t have to return any of the groceries.

This House could learn from this example to help our neighbors rather than penalize them simply for being poor. I include for the Record Andrea’s letter to this unnamed woman in line at the grocery store:

What you do know is I tried to buy my kids some food and that the EBT machine was down so I couldn’t buy that food. I didn’t have any cash or my debit card with me. I only had my SNAP card. All you heard was me saying “No, don’t hold it for me. My kids are hungry now and I have no other way of paying for this.” You didn’t judge me. You didn’t snarl “Maybe you should have less kids.” You didn’t say “Well, get a job and learn to support yourself.” You didn’t look away in embarrassment or shame for me. You didn’t make any assumptions at all.

What you did was you paid that $17.38 grocery bill for us. You gave my kids bananas, yogurt, apple juice, cheese sticks, and a peach ice tea for me; a rare treat and splurge. You let me hug you and promise through my tears that I will pay this forward. I will pay someone’s grocery bill for them. That $17.38 may not have been a lot for you, but it was priceless to us. In the car my kids couldn’t stop gushing about you; our “angel in disguise.” They prayed for you. They prayed you would be blessed. You restored some of our lost faith. One simple and small action changed our lives. You probably have forgotten about us by now, but we haven’t forgotten about you. You will forever be a part of us even though we don’t even know your name.

You have no clue how grateful and embarrassed I am that we pay for all our food with SNAP. We eat well thanks to the government. I love that. I love that the government makes sure my kids are cared for. It is one less worry for us. I also struggle with pride and embarrassment. I defiantly tell people we are on SNAP. Daring them to judge us.

Only those closest to us know why we are on SNAP. They know my husband is a hard worker who was laid off after 17 years in a management position with his former company. They know we were moved from our home to a new state only to be left homeless since the house we had came with the job he lost. Only those closest to us know my husband works part time while looking tirelessly for more; that he has submitted more applications than he has received interviews for. Too many jobs are only offering part time work anymore. It is not easy for a 40-something year old to find a job that will support his family of five kids.

You know none of this but you didn’t let that stop you from being compassionate and generous to someone you have never met.

Andrea, the woman in front of you at the grocery store with the cart full of kids who are no longer hungry.”