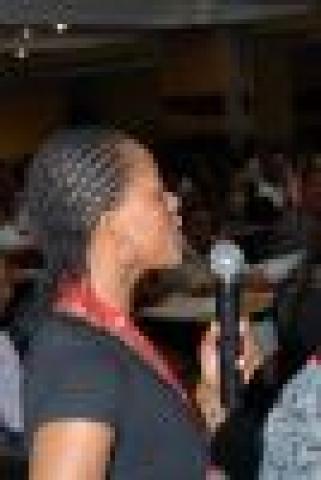 Most experts counsel that the best way to deal with fear is to take action despite your fears. “Feel the fear and do it anyway,” says Susan Jeffers in her book by that title. Courage, say the experts, is not a matter of losing your fear so you can take action; courage comes from taking action.

Once you are working for yourself, you will begin to flex problem-solving muscles that you didn’t even know you had. After all, you didn’t need these muscles when you were working for someone else. You had the safety net of a secure job. But once you’re on your own, you will have to confront some fears.

Don’t know how to sell? Once you have a product or service you believe in, you will be surprised how easy it is to tell someone about it. Do that convincingly a few times, and you become a “sales person.”

And what you don’t know, you can learn. Take classes at your local community college on interpreting a financial statement. Read books about sales and marketing. Attend workshops on business communication. Listen to tapes. Use the Internet as a resource.

At every step, taking one thing at a time, you will empower yourself, developing traits and characteristics you never knew you possessed – and overcoming your fears in the process.

Take the example of Jennifer. Because of the traits that she projected – shyness being a major one – few people would have bet big bucks on her being a success as a reporter who has to dig for stories. When Jennifer received her journalism degree, her first freelance assignment was, sure enough, for a newspaper. The media are often described by a variety of adjectives, but shy usually is not one of them. How did she cope? “It’s funny,” she says, “but when I put on that ‘reporter’ hat, my whole personality changed. I was no longer ‘Jennifer,’ but I began playing the role of ‘reporter’ who was able to talk to anyone to get the story I was after.”

Adapting a business “alter ego” will not change your core personality. If you have been an introvert all your life, you will not turn into a raving extrovert overnight. But realize that you have potential that has not been accessed because you have not needed it in a job where you received direction from somebody else and were put into a rigid box.

Think of courage as closely related to the concept of risk. Being self-employed, you will be embarking on a venture that has an uncertain future. When you quit or lose a job, you walk away from your peer group, your customer base, and daily routines to establish your own vision of work. You are not sure you will have an income tomorrow. That takes courage.

One way to look at risk is to think of it as a game, as an adventure. It’s as if you are visiting another country. As you go from one place to another, exciting possibilities are just around the corner.

After Joan finished school, she worked as a newspaper reporter and editor, then  moved into a marketing communications position in a corporation. When she was laid off after a couple of years, she decided to start her own communications business. “I was clueless how to proceed,” she remembers. “But little by little, month by month, year by year, I kept turning corners and finding new opportunities, new skills, new ideas.

Part 6, “It Takes Creativity to be Self-Employed,” continues the series on making the leap to self-employment.

Filed under: Business, Lifestyle
Share Tweet Pin G Plus Email
previous article: Israel Saves Hamas from Own Mistakes
next article: It Takes Creativity to Be Self-Employed